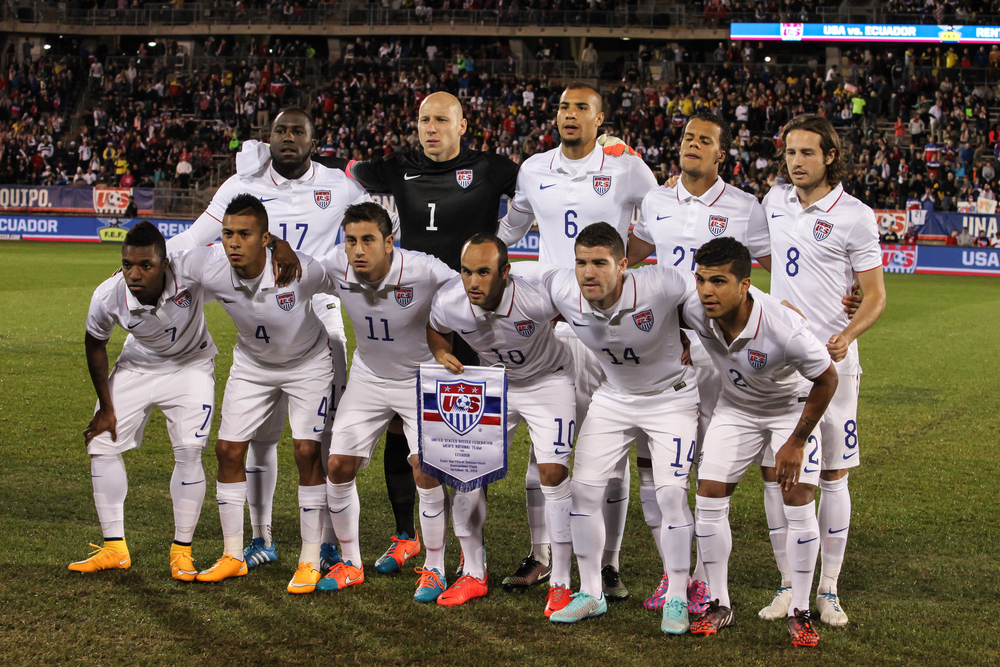 It came after the team sent a letter to Congress calling for “stronger gun laws” following several mass shootings in the country in recent weeks.

The US House of Representatives is expected to vote on gun control legislation in the coming days.

US head coach Gregg Berhalter said he was “really proud” of his team.

“It’s sometimes easy to get caught up in our little world and what we’re doing and then you forget about what’s happening in the outside world, but this group certainly didn’t do that,” he said.

“And you saw the letter and the orange armbands. And everyone’s just tired, and it’s good that this group is asking for action and asking people to make change, and being the change is something we’ve been part of for a while now.”

In the letter, signed by players and staff, the team implored Congress to “stand with the majority of Americans who support stronger gun laws”.

“As athletes who have the privilege of traveling the globe representing the greatest country in the world, we are often asked how in a place like the United States there can be such horrific gun violence” the letter read.

“We are also asked why the representatives of the people do nothing even though most Americans want them to take action. Those of us who play professionally abroad experience none of these things in our daily lives, yet we return home to a place where mass shootings are frighteningly common and the victims are often defenceless children.”

It added: “Our ability to affect change is limited, but yours is not.

“You could vote this week to address gun violence in America, and in fact, you will be given that opportunity. In the coming days, the US House of Representatives is voting on several bills that would address this serious issue. Please vote yes on all the bills being considered.”

Read more: Pathetic US men’s national football team wear orange armbands in support of tighter gun control – just kick the ball chaps and stop telling the rest of us what to do. You don’t know what is really going on, after all. The politicisation of sport is a disgrace