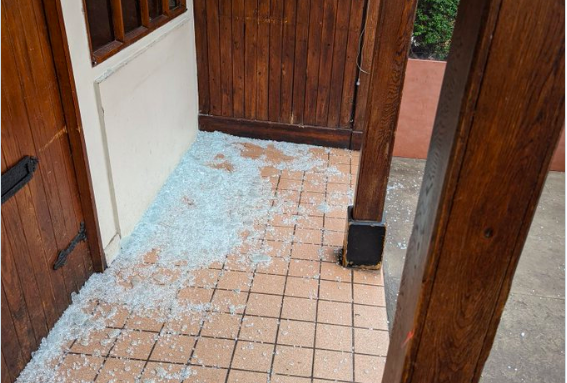 A London restaurateur who defended J.K. Rowling in a online spat with trans activists has shared images after the windows of one his businesses were smashed open.

Last week, the Harry Potter author and journalist Suzanne Moore – both of whom have voiced gender-critical opinions – held an event at Pino’s Italian restaurant in Kensington for Ukrainian children’s charity Lumos, raising a total of £18,500.

James Chiavarini, who owns Pino’s and nearby Il Portico, which is billed as London’s oldest Italian family eaterie, tweeted his thanks for the pair’s custom.

But within days, his restaurants were trolled by one-star web reviews, with one dubbing his venue ‘a supporter of transphobia’ and another which stated: ‘If you’re trans, you aren’t welcome here.’

Read more: Vandals attack restaurant after J.K. Rowling and friends raised £18,500 for charity and owner was targeted by trans activists on social media with a stream of hate messages and one-star reviews