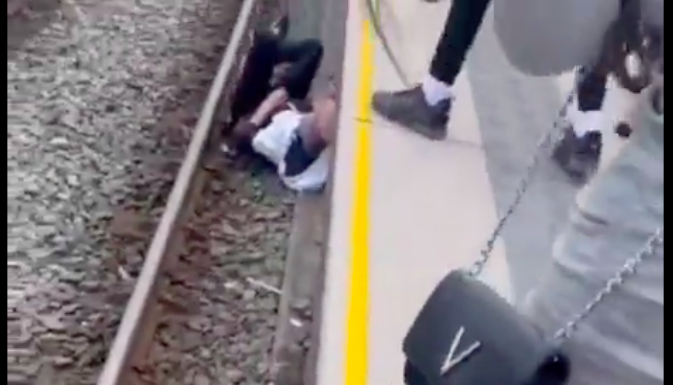 Two older men were beaten by a mob of ‘laughing youths’ who threw one of their victims onto train tracks after they were asked to stop vaping on a tram in England, according to reports.

The shocking incident unfolded on Saturday evening in Rochdale, a town in Greater Manchester.

Video footage purportedly shot at the scene shows a white-haired man on his hands and knees on a train platform moments before another man is shoved onto the tracks below.

“Finish work and get off the tram to this! First old man got punched to the ground and the other thrown off, they’re literally kids and was laughing about it! Hope someone knows them and shows their families. Newbold tram stop! Literally hate going outside my house anymore,” wrote the witness who first posted the video on Facebook.