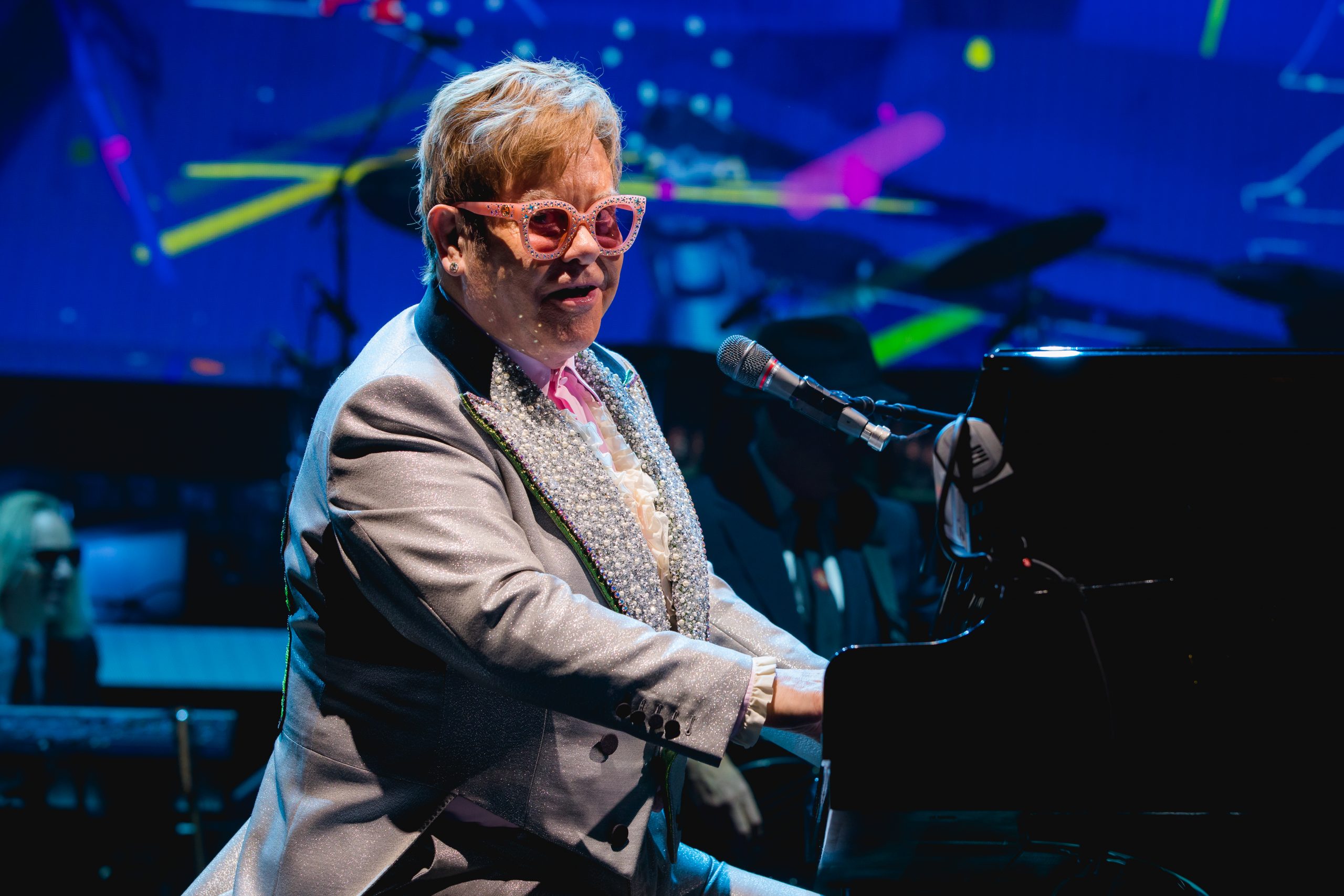 He recently took a break from his Farewell Yellow Brick Road Tour after battling multiple ailments.

And Elton John, 75, appeared frail as he was pictured in a wheelchair ahead of his planned Jubilee performance.

The singer was clad in one of his trademark Gucci tracksuits and wore a face mask when arrived at Leipzig Airport in a wheelchair on Friday, before heading home to Nice after his show.

Elton is due to star alongside Queen and Diana Ross for the Queen’s Platinum Jubilee concert on Saturday in a pre-recorded performance.

His European tour will continue this month.

Back in 2019, Elton revealed he was using a wheelchair after suffering a sprained ankle.

Speaking from Florence shortly from Florence: ‘Not even a sprained ankle could keep me away from seeing one one of the most beautiful museums in the world.’

The latest outing comes as Elton has announced his own curated line up for his huge BST Hyde Park show on June 24.

The artists playing have been personally selected by Elton himself and include Rina Sawayama, Gabriels, Let’s Eat Grandma, Berwyn, Thomas Headon, Tom A Smith and Juanita Euka.

She and Elton collaborated last year with the stunning duet Chosen Family, and she’s since collaborated with Charli XCX on her hit single Beg For You, and will release her eagerly anticipated second album Hold The Girl this September.

‘American Express presents BST Hyde Park has always stood for the world’s biggest and most loved artists bringing not just a performance but a truly one-off and memorable event.

‘Elton John has provided the soundtrack to the lives of so many of us and to know that his last tour is coming to Hyde Park, possibly the last time many of us will ever see him play, is one of the most important and ‘must see’ nights of BST Hyde Park ever.’

Read More: Frail-looking Elton John, 75, is pushed in a wheelchair