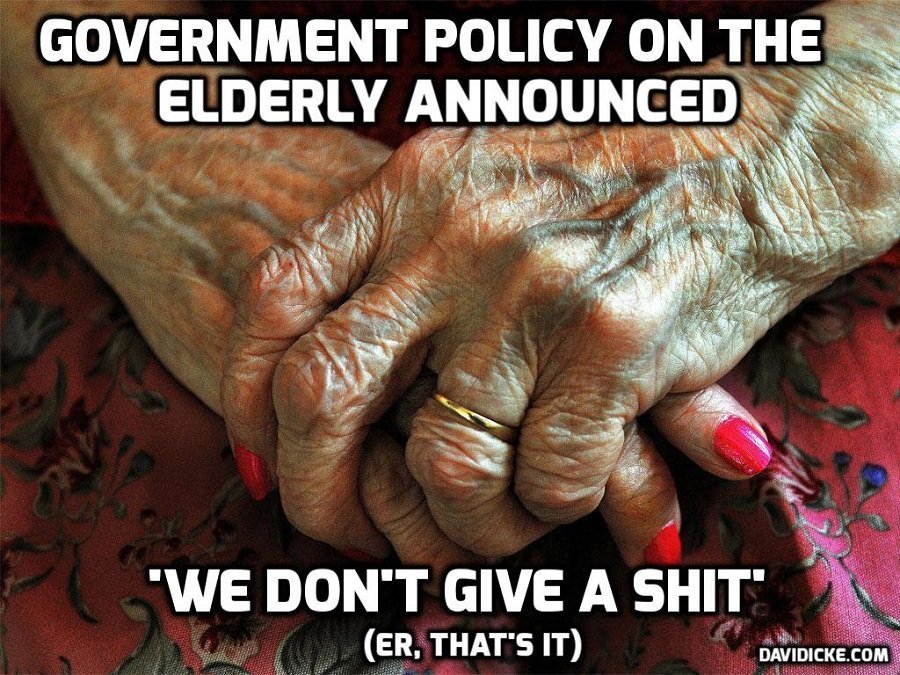 Sunak, Britain’s very left wing Chancellor of the Exchequer, is continuing his war on pensioners – and the Government’s secret plan to see 250,000 pensioners die of cold and hunger next winter.

In a vain and pretty damned obvious attempt to distract from the fact that he and Johnson lied, cheated and partied while old people were locked in and denied food and medicine (and were being killed with deadly doses of benzodiazepines and morphine) the nastiest and most ruthless Chancellor in British history is giving away £400 to everyone – whether they need it or not.

Presumably, even multi millionairesses like Mrs Sunak will get a chunk of cash. (‘Oh yes, it’s tax-free, dear’.)

And, unbelievably, if you have two homes you get £800.

Like all good commies, Sunak likes to look after the party favourites.

But the money doesn’t grow on trees. It is coming from a commie windfall tax on big oil and gas companies such as Shell and BP.

And whatever you may feel about Shell and BP as companies, it is dividends from those companies which allow investment companies to keep paying out pensions to old folk.

Everyone in the country who isn’t a lazy, cheating, overpaid crook (aka civil servant) and who supplements their miserable State pension with a private pension, depends on dividends. Civil servants and lying cheating MPs get huge pensions paid by taxpayers so they’re OK as usual. They can keep partying at our expense.

But the windfall tax that Sunak is planning as a distraction from his partygate lying and glugging will decimate those pension payments.

Sunak has already put the boot in on pensioners twice this year.

He reneged on a promised rise in pensions and he kept the State pension rise down to 3% – around 7% below the official inflation rate and 13% below the real inflation rate. And then the miserable bastard put an EXTRA, unprecedented tax on pensioners who work so that they can keep eating.

Just when they are suffering most, this nasty, grinning bastard made pensioners suffer yet more.