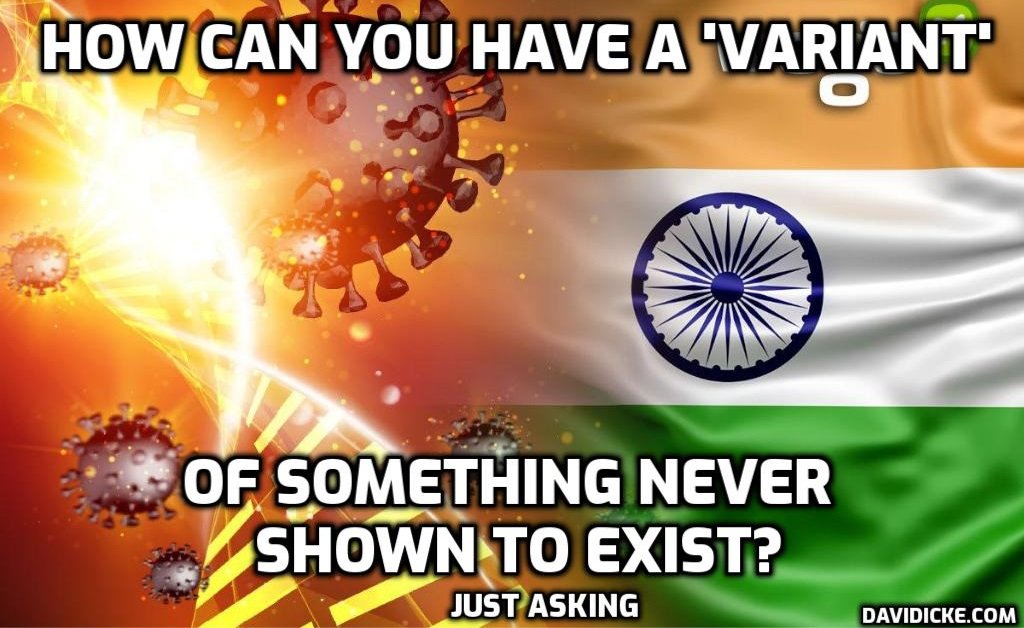 Sadhguru has been questioned about his stance on the vaccine, and he made his clear that he supports it. While it isn’t surprising to some, because Sadhguru was on good terms with the UN who invited him to give a speech on multiple occasions, some are disappointed. When someone is associating with organizations, corporations, and other entities whose stance is world domination, you have to take what they say with a grain of salt. Whether he personally believes in vaccinations is unknown, but in the end, he gave his support. This shows that even so called gurus with alleged mystical powers, fall victim to the hierarchy. Sadhguru has also been a strong advocate of eating only vegetarian food, and that eating meat, especially beef, is sin.

Regarding the vaccine, he said some mumbo jumbo wrapped in a spiritually sounding gift box to convince sheep to accept that getting vaccinated is the most healthy and socially responsible thing they can do. Sadhguru reasoned that vaccination is very important and that it pushes the pandemic problem away while removing a lot of burden from other people. Sadhguru wrote a book called, Inner Engineering. No wonder he promoted vaccination, it’s all part of the inner nano-tech engineering.

Famous Indian yoga guru, Baba Ramdev has been very vocal against the COVID vaccine, saying that it has no use and that many have died because of modern medicine. Instead, he advocated performing pranayama yoga for keeping your immunity strong and preventing, and even curing, coronavirus. Many have benefited from doing breath work such as Anulom Vilom and Kapalabhati pranayama. Ramdev said allopathy is not 100% effective. His company, Patanjali Ayurved, specializes in herbal products and Ayurveda remedies. When the pandemic hit, the company hired a team of scientists to develop a natural Ayurvedic medicine to treat the virus. Their result was ‘Coronil’ which Patanjali CEO, Acharya Balkrishna, said has a 100% effectiveness based on the trials they did, and 70-80% of people were healed in days with a negative test results. However, the company faced backlash and marketing ‘Coronil’ as a cure for COVID-19 was stopped by the government, because they claimed there was no scientific data proving that it cures the virus. Ironically enough, the same can be said about the untested unproven experimental hybrid gene-editing injection that’s being marketed as treatment.

After some time, Ramdev did a 180 turn and said that he will get the vaccine soon, and that doctors are “God’s envoys on earth.” It seems the political pressure got to him, especially since he is on good terms with India’s Prime Minister Narendra Modi who advocated administering the vaccine to children. When you have the leader of India believing that the fake vaccine is the strongest weapon against the artificial virus, being in close association is dangerous. It seems Ramdev has given in the political pressure, but there has not been an official report of him getting the jab. The great thing is more people are willingly exposing themselves for who they really are during these times.

Guilt manipulation is a very real weapon that’s being used to trick people that they’re being inconsiderate just because they refuse to get the phony jab. Let it be clear, you don’t owe anybody anything, nor do you have to do anything to appease others. If others want to go crazy because you’re not vaccinated, let them. It is clear that in the upcoming years, people will have to rely on their own intuition. Putting blind trust on gurus or any spiritual guide is dangerous, because they can lead you astray especially when they are controlled by political special interest groups.

Find your own way. It may be a self-imposed exile like Obi Wan after his first battle with Darth Vader where you can grow your own food and live independently off the grid. Or it may be to save up your money and relocate to a different area with more favorable jurisdiction. Whatever it is, there is no one solution for everyone, so while we can agree on the basic fundamental right of freedom, everyone has to walk their own path and make their own decisions.