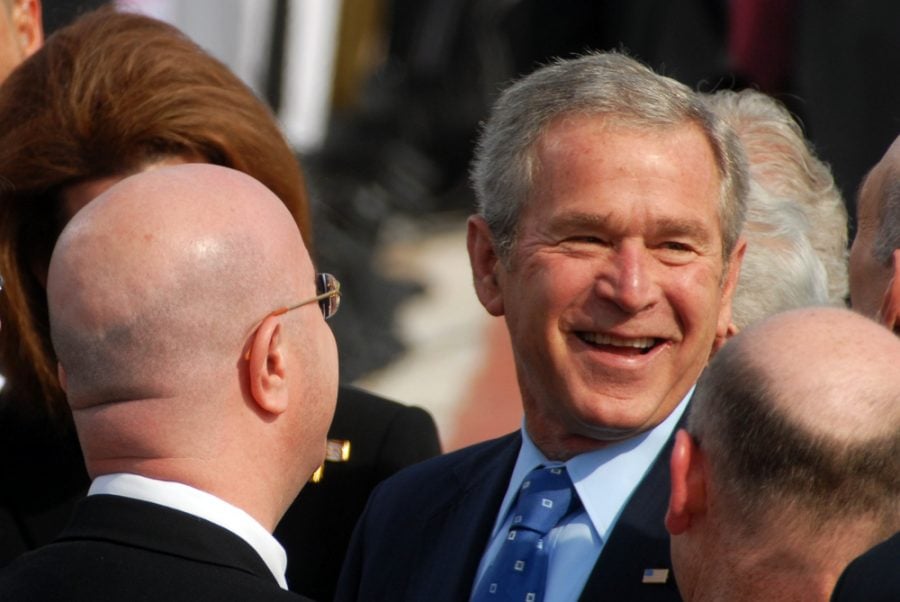 When he was president, George “Dubya” Bush became known for “Bushisms” – poorly phrased statements and other gaffes, which often proved to be very funny. For example, there was his observation in 2000 that “human being and fish can coexist peacefully”.

Then there was this 2004 statement: “Our enemies are innovative and resourceful, and so are we. They never stop thinking about new ways to harm our country and our people, and neither do we.”

However, Dubya’s latest gaffe may be his most sensational. Addressing an audience at the George W. Bush Institute, he referred to “the decision of one man to launch a wholly unjustified and brutal invasion of Iraq. I mean of Ukraine.” Bush then whispered “Iraq, too”, before saying “I’m 75”.

As many people have noted, this has to be one the greatest Freudian slips of all time. Is Bush just so used to people describing his own foreign policy in those terms that he blurted out “Iraq”, or does he actually believe it himself? Who knows.

But the gaffe does highlight an important point. Like Russia’s invasion of Ukraine, the US invasion of Iraq was both brutal and – legally – unjustified. In 2004, UN Secretary-General Kofi Annan said, “I have indicated it was not in conformity with the UN charter. From our point of view and the UN Charter point of view, it was illegal.”

So what? Am I saying that Russia gets to invade Ukraine because the U.S. invaded Iraq? No, nothing of the sort.

The point I would make is this. One of the supposed reasons why the West has not pursued a diplomatic solution to the Ukraine crisis – which might have saved countless lives, while putting a lid on global food prices – is that national sovereignty is too important.

Back in 2014, John Mearsheimer said the West should work with Russia to create a prosperous, neutral Ukraine – by ruling out NATO membership and protecting the rights of ethnic Russians. Yet telling a country it has to remain neutral, others claim, violates the principle of national sovereignty. (Which is true.)

But we’ve just seen that America doesn’t actually care about national sovereignty (except when caring suits it). So why is this principle so inviolable in the case of Ukraine? Wouldn’t a diplomatic solution – even one that violates the ‘principle of national sovereignty’ – be better than war?

Of course, this debate is largely academic, given America’s actual objectives. As Senator Seth Moulton noted, “We’re not just at war to support Ukraine. We’re fundamentally at war – although somewhat through a proxy – with Russia. And it’s important that we win.”