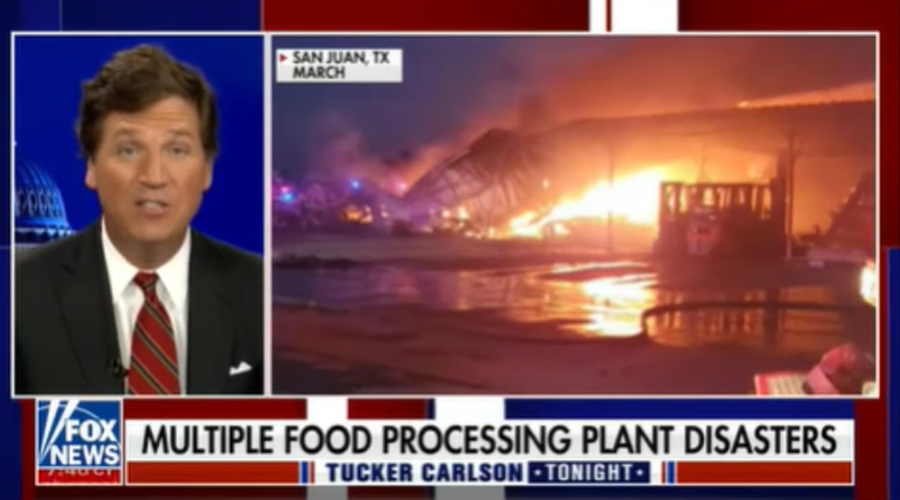 With each passing day inflation rates soar to sky-high levels. Prices of groceries, fuel, and housing are rising astronomically every week. As Americans struggle to afford basic necessities, the United States government is hemorrhaging billions of dollars overseas. Simultaneously, domestic supply chain issues have left shelves increasingly barren, and rampant shortages are impacting the lives of millions. Unfortunately, citizens must now brace for yet another unexpected blow. Countless food manufacturing facilities nationwide are being destroyed by a mysterious surge in fires. Could these bizarre blazes be mere coincidence or is something insidious unfolding behind the scenes?

While Bill Gates is accumulating vast amounts of farmland and Department of Agriculture representatives move towards edible nanotechnology, a series of peculiar structural fires have swept across the country. Beginning in late 2021, major production plants are burning down at an alarming rate. One can’t help but wonder: what is the statistical probability of such catastrophic instances repeatedly taking place at critical locations?

Take a look at this chronological list that documents targeted sites and decide for yourself.

October 12th: Darigold, a dried milk company in Idaho, is reduced to ashes.

March 16th: An Indiana Walmart Distribution Center ignites and is investigated by the Bureau of Alcohol, Tobacco, Firearms & Explosives.

March 28th: Over 50,000 pounds of inventory is ravaged by a fire at an Arizona food bank.

April 13th: A single-engine Cessna 208B flies into an Idaho potato processing plant, killing both the pilot and passenger.

April 19th: Azure Standard, an organic food manufacturer based out of Oregon, is declared a total loss after suddenly succumbing to disastrous flames.

May 2nd: Another major food processing facility is incinerated in Fresno, California.

May 12th: A sporadic explosion at an Illinois BioUrja plant destroyed two 150-foot tall grain silos and caused over $2 million in losses.