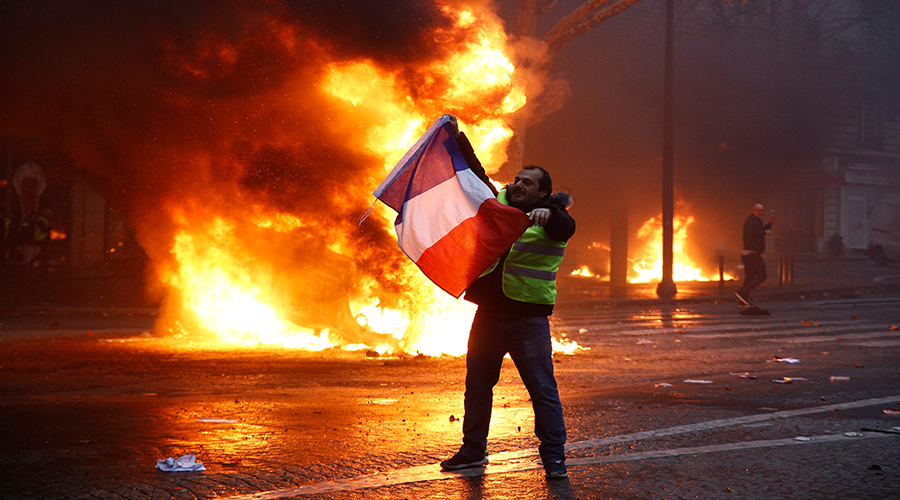 Armed groups of ‘African-type’ individuals clashed in France this week before joining forces to attack responding police officers, according to reports.

The chaotic incident unfolded at around 7:30 p.m. on Monday evening in Grenoble, the largest city in the department of Isère.

Authorities were alerted about a mob of men battling each other with knives and hammers in the Villeneuve district.

National police officers arriving on the scene quickly found themselves targeted by the same combatants who had previously been warring with each other.

“According to the first information of the police services, the ten individuals would be ‘of African type,’” Actu reports.

“The officers on the spot were attacked by about seven individuals who threw projectiles at them.”

One of the men was reportedly arrested under suspicion of “contempt, rebellion and death threat against a law enforcement officer.”

Read More: France Groups of Armed ‘Africans’ Battle Each Other Then Attack Police