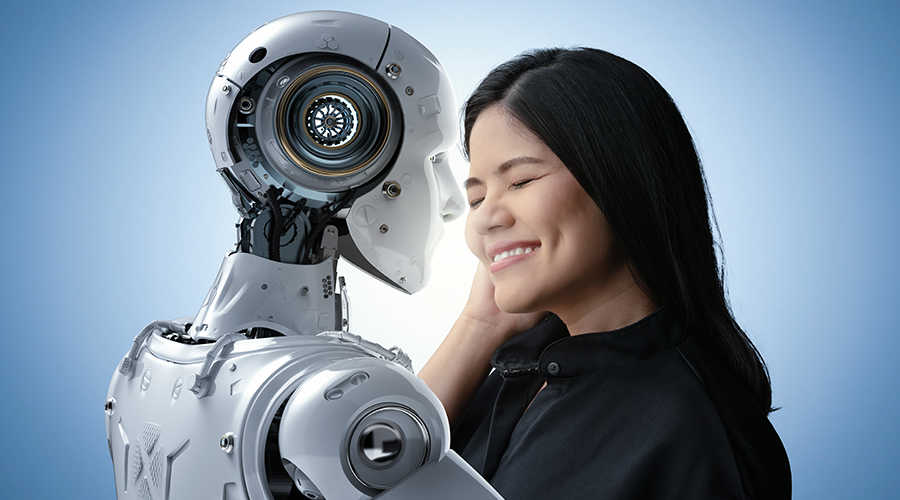 As robots and and humans grow increasingly closer, we’re starting to form all kinds of relationships with machines.

Are you and your phone platonic or are you turning into a machine yourself?

Nearly 84% of the global population is in possession of a smartphone and they’re becoming something we can’t live without.

Musk’s statement tracks with what roboticists have found in studies about human-robot connections.

Robots as an extension of humanity

Robots are everywhere – in just one morning, a person might use a coffee maker, electric toothbrush and iPhone before leaving the house.

Depending on their function, appearance and experience with the robot, people value robots with varying intensity.

In a study of military personnel and advanced robots, Dr Julie Carpenter found soldiers “frequently described the robot as ‘my hands’ or otherwise as a physical extension of themselves.”

Robots become more than tools to the soldiers they “serve” with – bots are given characteristic names, and the ones that are destroyed in combat are given a soldier’s burials, complete with 21-gun salutes and eulogies.

This concept of projecting human attributes onto an object is called anthropomorphization – and its visible with robots and humans that have been through fewer traumas together than military robots and human soldiers.

Read More: Robots And People Getting Closer Through Romance And Relationships