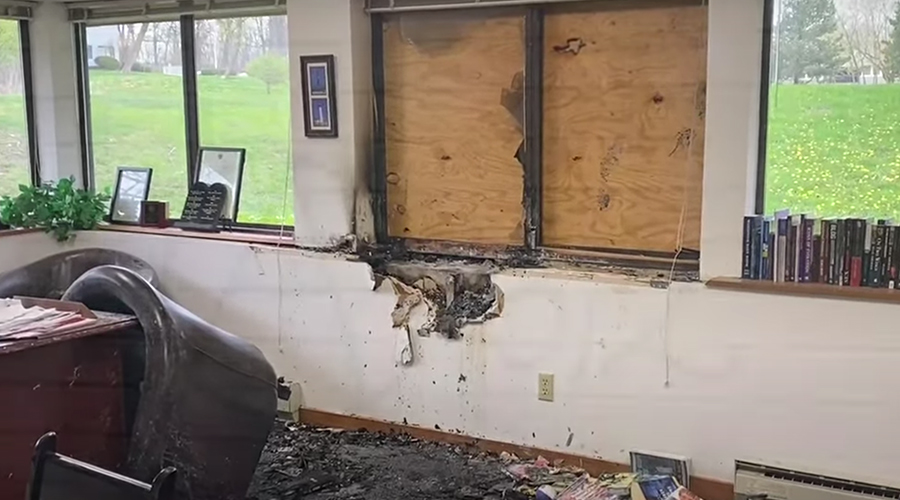 An anti-abortion group’s headquarter in Madison, Wisconsin was apparently firebombed, ransacked, and tagged with menacing threats with graffiti late on Saturday night.

Investigators are calling the fire arson, claiming a Molotov cocktail was thrown inside the building but failed to ignite, but a separate fire was then started.

“It appears a specific non-profit that supports anti-abortion measures was targeted,” said Madison Police Department Chief Shon Barnes said in a statement, adding that no one was hurt in the incident.

Outside the building, a graffitied message read, “If abortions aren’t safe then you aren’t either.”

“What you’re going to see here is a direct threat against us,” said Wisconsin Family Action group president Julaine Appling. “Imagine if somebody had been in the office when this happened. They would have been hurt.”