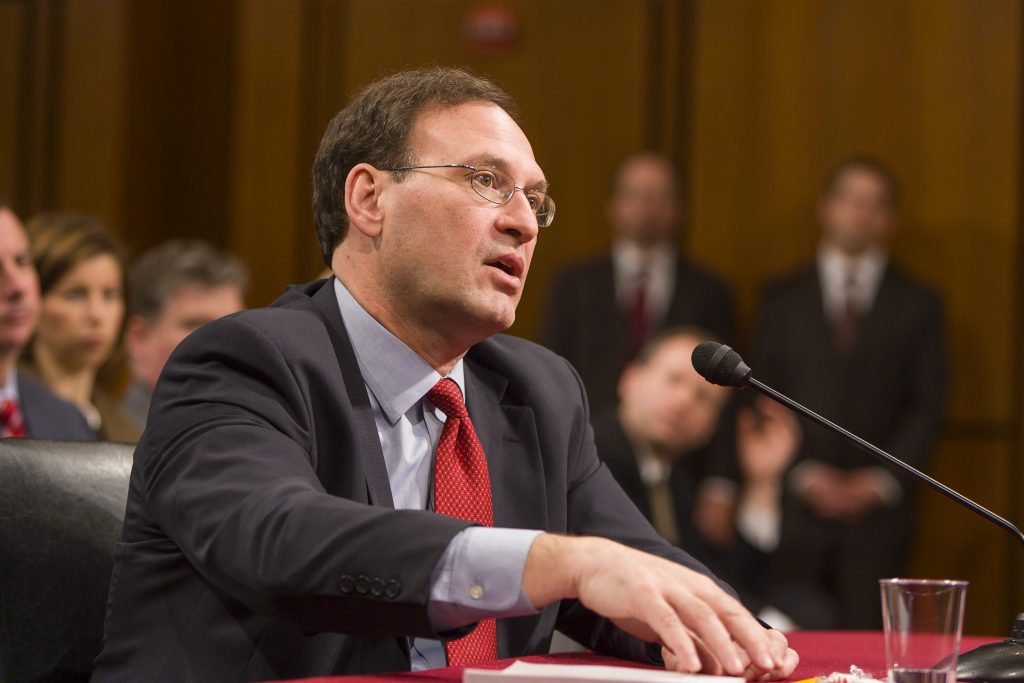 Militant leftists, including a group called Ruth Sent Us, are trying to physically intimidate the five justices who are expected to sign the final version of Alito’s leaked opinion in Dobbs v. Jackson Women’s Health Organization, overruling Roe and Planned Parenthood v. Casey, with the other four justices being Clarence Thomas – appointed by Bush 41 – and the three justices appointed by Donald Trump: Neil Gorsuch, Brett Kavanaugh, and Amy Coney Barrett.

They are also reportedly targeting Chief Justice John Roberts. This shows the unreasoning nature of their ire, as Roberts’ questions during oral argument in Dobbs strongly suggest that he was exploring ways to uphold Mississippi’s ban without overruling Roe.

While doxing the justices’ home addresses is ostensibly so protesters can go to those justices’ homes to protest – which many Americans consider objectionable by itself, and in fact which violates federal law at 18 U.S.C. § 1507 – many others also note this could lead to violence, if an activist were to attack a justice or the justice’s family.

Reports around D.C. are that Alito and his family have been moved to an undisclosed location for safety, given the additional opposition he is facing as the writer of the leaked majority opinion.

Ruth Sent Us is a reference to the late Ruth Ginsburg, who passed away in 2020 and whom President Trump replaced with Justice Barrett. Claiming the late justice would condone such things is outrageous, given her friendships with conservative justices and that she was best friends with the late Justice Antonin Scalia, who relentlessly tried to overrule Roe throughout his 30 years on the Supreme Court.

Scalia passed away in 2016 and was succeeded by Gorsuch after Trump took office in 2017. Before that, Scalia and Ginsburg vacationed together with their spouses, went to the opera together, and even sang together. They vigorously disagreed on legal issues in their dueling Supreme Court opinions, but they and their families were very close.

Moreover, Ginsburg criticized Roe v. Wade. She was certainly one of the foremost supporters of a constitutional right to abortion, but she repeatedly said that Roe was badly reasoned and vulnerable to harsh criticism. She even faulted where Roe suggested an abortion right could be found, as she would not even have agreed that a right to abortion is situated in the Constitution’s Due Process Clause. Instead, Ginsburg believed that such a right was on firmer footing if it was guaranteed by the Fourteenth Amendment’s Equal Protection Clause.