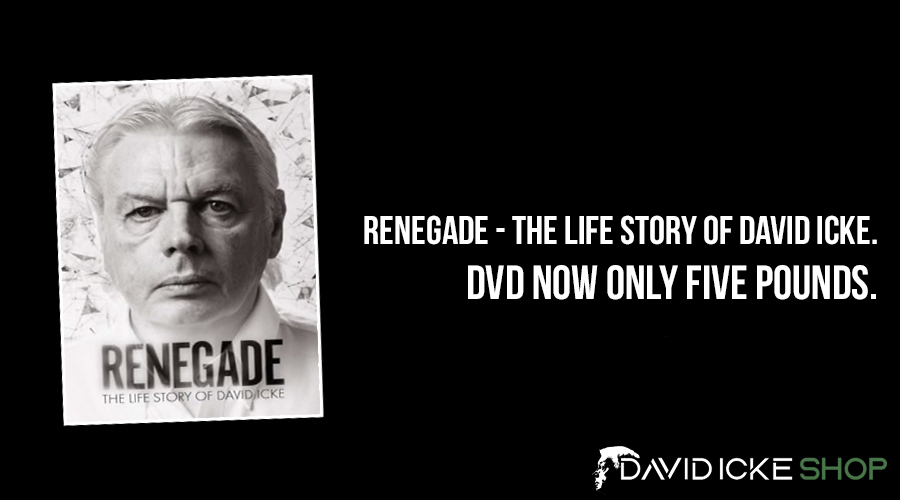 Renegade Film – A Feature Documentary, featuring David Icke The ‘mad man’ who has been proved right again and again and again David Icke has been warning for nearly 30 years of a coming global Orwellian state in which a tiny few would enslave humanity through control of finance, government, media and a military-police Gestapo overseeing 24/7 surveillance of a micro-chipped population.

He has said that ‘physical’ reality is an illusion and what we think is the ‘world’ is a holographic simulation or ‘Matrix’ created by a non-human force to entrap human perception in ongoing servitude. They called him ‘crazy’, ‘insane’, a ‘lunatic’, and he was subjected to decades of ridicule, dismissal and abuse. Oh, but how things change. Today his books are read all over the world and his speaking events are watched by thousands on every continent. Why? Because what he has been so derided for saying is now happening in world events and even mainstream scientists are concluding that reality is indeed a simulation. Almost every day something that David Icke said long ago is supported by happenings and evidence.

Health Complaints Led to Lawsuit Which Led to Demo...