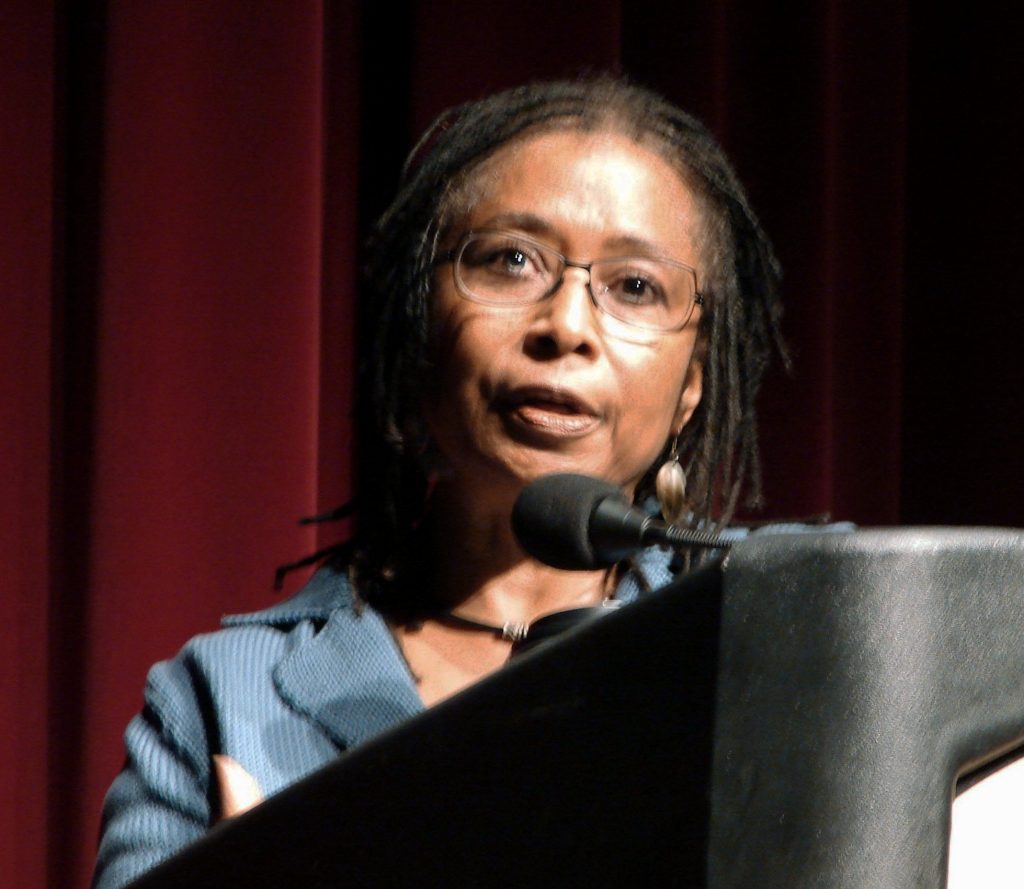 Alice Walker was disinvited to the Bay Area Book Festival after Zionist groups threatened to carry out protests. The public and presenters are complicit in her blacklisting if they attend.

There is a steep price to pay for having a conscience and more importantly the courage to act on it. The hounds of hell pin you to the cross, hammering nails into your hands and feet as they grin like the Cheshire cat and mouth bromides about respect for human rights, freedom of expression and diversity. I have watched this happen for some time to Alice Walker, one of the most gifted and courageous writers in America. Walker, who was awarded the Pulitzer Prize for fiction for her novel The Color Purple,has felt the bitter sting of racism. She refuses to be silent about the plight of the oppressed, including the Palestinians.

“Whenever I come out with a book, or anything that will take me before the public, the world, I am assailed as this person I don’t recognize,” she said when I reached her by phone. “If I tried to keep track of all the attacks over the decades, I wouldn’t be able to keep working. I am happy people are standing up. It is all of us. Not just me. They are trying to shut us down, shut us up, erase us. That reality is what is important.”

The Bay Area Book festival delivered the latest salvo against Walker. The organizers disinvited her from the event because she  praised the writings of the New Age author David Icke and called his book And the Truth Shall Set You Free “brave.” Icke has denied critics’ charges of anti-Semitism. The festival organizers twisted themselves into contortions to say they were not charging Walker with anti-Semitism. She was banned because she lauded a controversial writer, who I suspect few members of the committee have read. The poet and writer Honorée Fanonne Jeffers, who Walker was to interview, withdrew from the festival in protest.

Walker, a supporter of the Boycott, Divestment and Sanctions (BDS) movement, has been a very public advocate for Palestinian rights and a critic of Israel for many years. Her friendship with Icke has long been part of the public record. She hid nothing. It is not as if the festival organizers suddenly discovered a dark secret about Walker. They sought to capitalize on her celebrity and then, when they felt the heat from the Israel lobby, capitulated to the mob to humiliate her.

“I don’t know these people,” Walker said of the festival organizers who disinvited her. “It feels like the south. You know they are out there in the community, and they have their positions, but all you see are sheets. That’s what this is. It’s like being back in the south.”

Read more: Alice Walker and the Price of Conscience