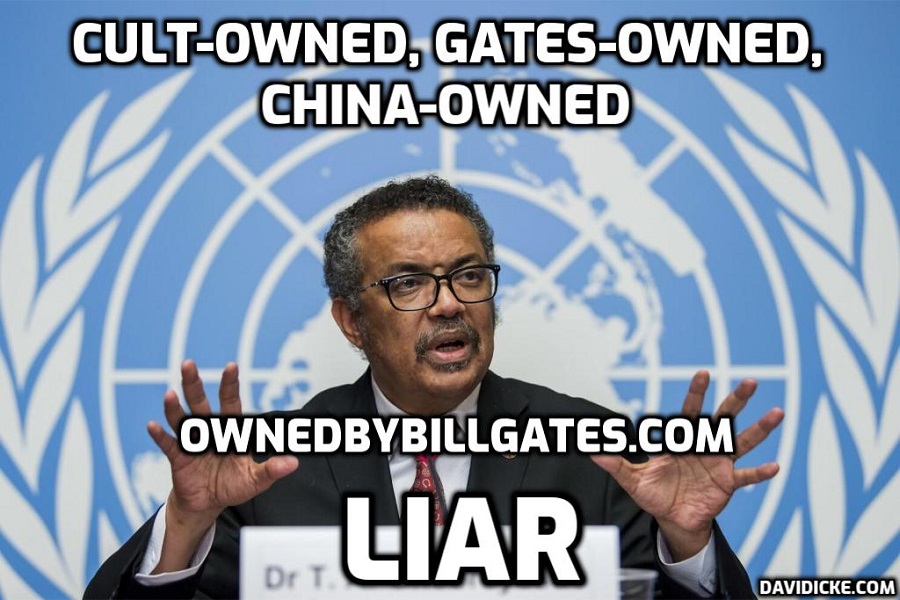 The Billionaire’s book is released as the WHO fights to seize Governmental power in the event of another pandemic.

The World Health Organization’s (WHO) current Director-General and Marxist revolutionary, Tedros Adhanom Ghebreyesus, has praised the latest book by billionaire and self-proclaimed ‘pandemic expert’ Bill Gates. He said he agreed with the Microsoft founder that we need to put the lessons learned from Covid into practice to prevent the next pandemic.

Tedros posted a photo on Twitter touting the book by Gates, one of the largest private donors to the WHO. While Gates is not a certified medical expert, his vast fortune allows him to control global health policy. 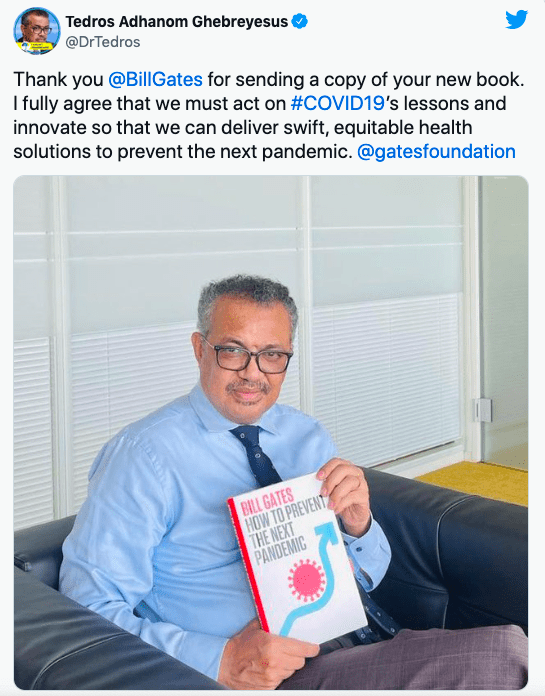 Tedros’ ties to Bill Gates and his controversial foundation go back over a decade.

In a recent Ted talk in Vancouver, the vaccine evangelist obsessed with population control called for a $1 billion global emergency response team. The group would be comprised of 3,000 doctors, epidemiologists, policy and communications experts, and diplomats operating under the direction of the WHO.

As RT reported, Gates lectured wealthy nations on their failure to flood poorer countries with the controversial Covid mRNA gene therapies masquerading as vaccines. Furthermore, he “called for developed nations to unite to implement systems that would prevent another pandemic, arguing that ‘your survival [with Covid-19] depended partly on your income, race, and neighborhood.”

The WHO, in turn, is preparing a pandemic treaty that will strip national governments or national parliaments of their power and place it in the hand of the WHO. The agreement would give the WHO power to dictate how individual countries should fight future outbreaks. Furthermore, “the agreement would be legally binding under international law, superseding the regulations of respective countries and ensuring all nations act as one.