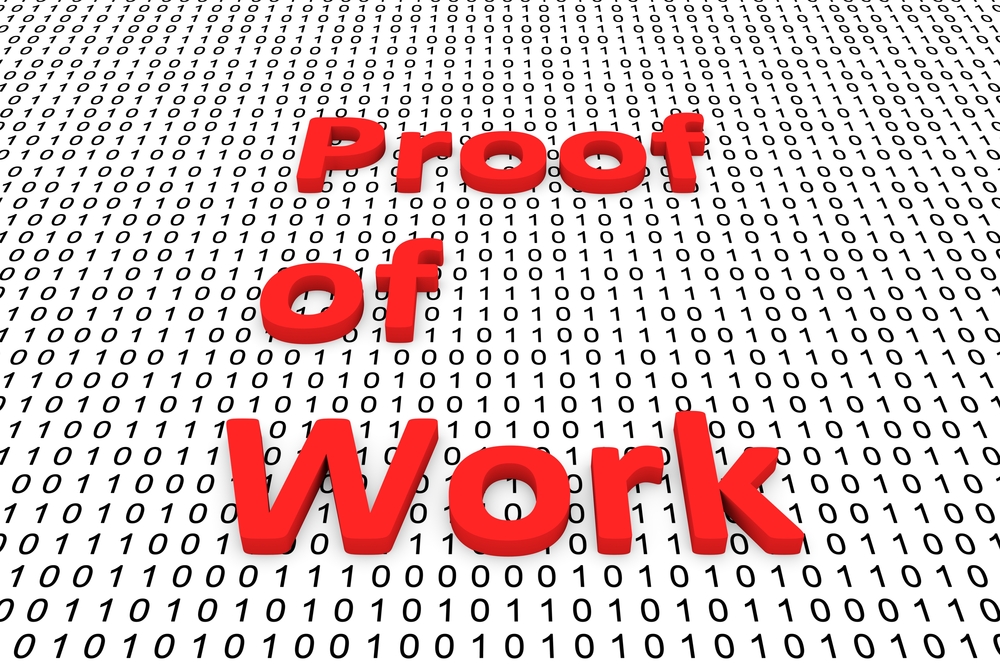 Most probably, you have already heard about the blockchain. In case not, here is a quick review. A blockchain is a public digital ledger that keeps track of identical copies of all transactions in a network of computers controlled by different entities. That digital ledger gets updated in blocks. You can think of a block as a single page in that ledger. It piles up, and thus it forms a blockchain. It is similar to a bank that keeps track of all account transactions. But in the blockchain, that bank is not a single entity. Again, it is a network of computers controlled by several groups and individuals.

Proof-of-Work, in other words, is a crypto term that describes the rule of the challenge that will determine the miner who can update the next block of transaction. A miner must prove that he exerted work to a difficult-to-solve challenge, hence Proof-of-Work. The network can readily verify the proof or solution supplied.

We can compare the challenge in the proof-of-work mechanism with basic tasks like guessing a combination lock and solving a Rubik’s cube. These tasks are arduous, but the solutions to these tasks are easy to verify. Anyone can know if a Rubik’s cube is solved, right? That is, if each side has a single colour. And a combination padlock is solved if it opens. In the case of Bitcoin, the problem is to discover a random number (also known as nonce) that will be smaller than the system’s target number when added to your block of transactions and hashed. And to do that, for instance, a miner needs to use some mathematical formula. This task is arduous because it makes the miners spend a lot of time before getting the correct number, so accomplishing it proves that a miner exerted effort.

This constant update of blockchain is what runs crypto. Trading cryptocurrencies was also made possible by this technology. Understanding the mechanisms behind crypto is critical since it will serve as one of your foundations for trusting it. And we know that the value of crypto comes from trust. In other words, crypto has value because people believe it has value, just like other currencies. Want to start crypto trading, but you haven’t decided on a trading platform yet? Experts at Cryptona conducted a thorough Bitcoin Motion review to evaluate the legitimacy of this tool and without a doubt the platform lives to their expectations, as it’s beginner-friendly and safe to use according to their team.

Litecoin uses a proof-of-work called Scrypt. Scrypt is simplified and improved than the cryptographic algorithm system of Bitcoin. Since it is simplified, the mining rate is faster. Scrypt algorithms identify as more reachable to users when compared to the more complex system of Bitcoin. Litecoin scrypt has set solutions that do not require users to purchase modified hardware systems to join in the data mining process. Scrypt ensures that users can mine its coin using graphics processing units (GPUs) and central processing units (CPUs). Scrypt makes its coin a cheaper and easier digital currency to mine./

Participants in the network

But have you ever wondered who they are? They are called miners and forgers, and there are over a hundred million of them in the world. They are the ones who update that public ledger. There are too many, aren’t there? So, the next question is, does everyone get a chance to update the ledger? In the case of miners, the answer is, it depends on their performance. If a miner completes the challenge correctly, he can update the ledger. Yes, there is a cryptographic challenge to accomplish before a miner can update the ledger.

But why is there a need for a challenge? Remember that the primary concept of crypto anchors on a decentralised and peer-to-peer system. It means that, as a decentralised system, several individuals should participate in the transaction validation process; and there should also be human intervention as it follows a peer-to-peer system. Since there are many entities involved in updating the block, there should be a mechanism agreed upon by everyone in the network which will determine who will update the ledger. Any participant can change the blockchain if an agreed-upon protocol or consensus mechanism is not present. As a result, the blockchain will have a different version which will be chaotic.

There are many consensus mechanisms, but we will only focus on proof-of-work in this article. Aside from Proof of Work (POW), the list includes Proof of Stake (POS), Proof of Capacity (POC), Delegated Proof of Stake (DPOS), Proof of Elapsed Time (POET), Practical Byzantine Fault Tolerance (PBFT), Directed Acyclic Graph (DAG), and a lot more.