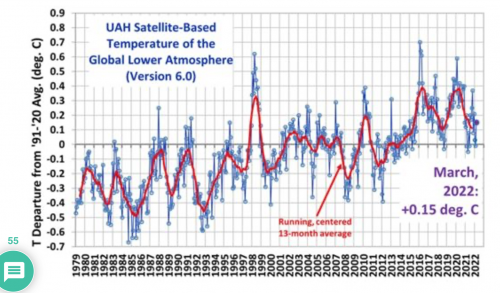 Groucho Marx once quipped: “Those are my principles, and if you don’t like them… well I have others.” Welcome to the world of global temperature setting and climate modelling where changes, no doubt for sound scientific reasons, almost invariably promote the Net Zero agenda. On Monday, the Daily Sceptic disclosed that the fifth revision to the Met Office’s HadCRUT temperature database boosted recent global warming by 14%. In fact, this was just the latest uplift in the HadCRUT series

The graph above, published in the climate science website No Tricks Zone, shows the change from HadCRUT3 to HadCRUT4. Overnight, a temperature flatline became a gently rising trend. At the time, many climate alarmists were worried about the pause in global temperatures that set in from around 1998. The carbon dioxide scare was becoming a potent weapon in the drive to introduce a control and command economy characterised by an agenda now called Net Zero. Scientists have spent decades trying to prove a constant link between CO2 emissions and temperatures, but to no avail. In the absence of actual proof, climate models guess that doubling CO2 in the atmosphere will lead to a rise of up to 6°C. As a result, their forecasts have long lost any semblance of reality in an era when global warming has run out of steam.