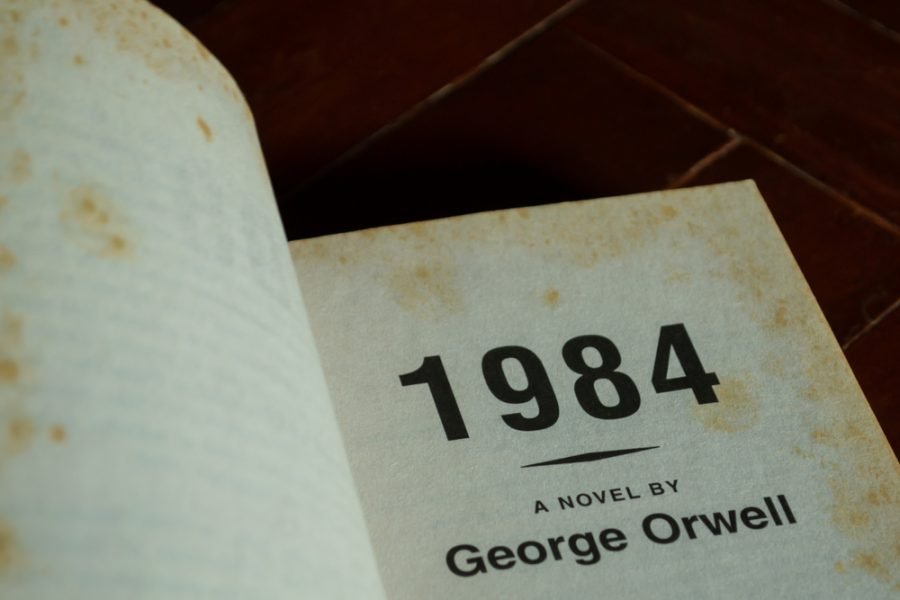 The idea of a dystopian future where a secret group of power hungry old men control the world through technology is a struggling reality many either cope with or deny. However, our current state was predicted decades ago in the video game series Metal Gear Solid, before phones, the expansion of the internet, YouTube, and every social media site and app. All this revealed long before modern technology became integrated and assimilated into just about every aspect of our lives. In Metal Gear Solid 2, one of the protagonists, Raiden, is on a mission to rescue the president and stop the destructive weapon known as Metal Gear from being used. When he finally finds him, however, the president reveals to him that the real ones really running the show is a group known as The Patriots. They consist of twelve wise men, but even those with high clearance don’t know who they are. They control politics, the economy, military, and even choose who becomes president. Every policy credited to the president was by The Patriots. Democracy, Congress, it’s all just a show.

The United States government is a theatrical production to satisfy the public. The president himself admits to Raiden that even he doesn’t know who The Patriots really are. He just knows that everything is just a sham to fool the masses. To give them the false sense that they actually have the power to vote and have “freedom”. He as the president, is but a mere pawn to do the bidding of The Patriots. The presidential candidacy was just a well scripted staged drama with both republicans and democrats acting out their roles according to the will of The Patriots.

Despite his grievance, the president tells Raiden that if The Patriots were to cease to function, then a unregulated political vacuum would emerge leading to chaos, civil war, and complete destruction because the country’s very social foundation would be destroyed. He also reveals the development of a new weapon called, Arsenal Gear, a new type of Metal Gear which carries nuclear warheads and other destructive weapons designed to give The Patriots control of the flow of digital information to control people’s minds, and secure and increase their position of absolute power.

Raiden’s Conversation with The President

Raiden: “But you’re the president – you have power…”

President Johnson: “I don’t have any control. The real power is in The Patriots’ hands.

Towards the end of the game, the artificial intelligence system created by The Patriots goes haywire, and the Colonel, whom Raiden thought sent him on his mission, goes crazy by repeatedly calling him and babbling on about random things. The Colonel then calls Raiden, and admits that he is actually an AI of The Patriots, and that Raiden’s mission is just an exercise to test the S3 Plan, a system for controlling human will and consciousness. It is a method of shaping people into what they want to become by creating circumstances to mold them into whom The Patriots wanted. Experiences were mere byproducts of the protocol, an experiment which proved that they can manipulate life experiences to create the personalities that they want.

The AI tells Raiden that he is just fulfilling his role.

Raiden demands to know the real identity of the Colonel, but the fake AI Colonel tells Raiden that they are not what people would think as human. The AI then reveals that over the past two hundred years, a new formless consciousness formed in the crucible of the White House, and that they are America. So long as the country exists, so will they.

Mapping the human genome revealed the destiny of humans, and they succeeding in digitizing life itself, but the issue of human ideas, thinking, and history remained. Selected history was passed on because not all is worth passing just like genes, only the best pass on. Trivial info is rampant in the digital world. Petty misinterpretations, unfiltered junk data, all this is slowing progress and evolution.

The Patriots want to take away individual freedoms and censor the net under the guise of people’s interests. They do not want to control content, but rather create context. Their reasoning is the digital society rewards human flaws and half-truths. All this rhetoric has created a false sense of safety, politically correct lies cooked on a frying pan. People hide in their little caves, whether it being physical or online, and believe whatever “truths” they want. As the AI Colonel says, “No one is invalidated, but nobody is right.”

This cesspit of cybernetic garbage is unnecessary memory that needs to be cleaned and heavily regulated. Raiden counters and asks the AI Colonel if they really believe they are qualified to judge. The AI responds, “Absolutely.” They believe that the population lacks the ability to use free will. As the AI says, “We’re not destroying the world, you are”. The AI admitted that they want to control human thought and behavior. Raiden’s whole mission was a mere exercise to test to the system.

Just Pawns in a Game?

With his girlfriend being held ransom, Raiden does serve his role and defeats the enemy, Solidus Snake, stopping his threat to The Patriots. At the end of the game, he is left in a dilemma about how to proceed with his life, but another protagonist, Solid Snake, advises him to go out and start over with a new life he decides. While global destruction was prevented, the question remains of who are The Patriots? What’s even more disturbing is that later after the credits of the game, there is a secret call between Solid Snake and his tech savvy friend, Otacon, who reveals that The Patriots are all dead, but they died a hundred years ago. Snake’s response is, “What the hell?”.

These sequences in the game go down as one of the most chilling moments in gaming history not just for being a plot twist, but for also being a forewarning for what’s to come. Looking at the world today, and then looking back on this game, it seems the creator had a crystal ball or some scary insight, because the corruption in the world that’s being made more obvious by the day was thoroughly explained decades ago.