Far be it for us to predict whether or not history will laugh at us, but it feels like we’ve officially crossed the rubicon of…well, something.

Apple’s latest software update for its iPhone includes with it a “pregnant man” emoji, according to a new report from Fox News. The new emoticon sets also include “a number of other gender neutral cartoons,” the report says.

The update, made available in March, included the pregnant man, as well as a gender neutral “person with crown” emoji, in addition to 35 other emojis. 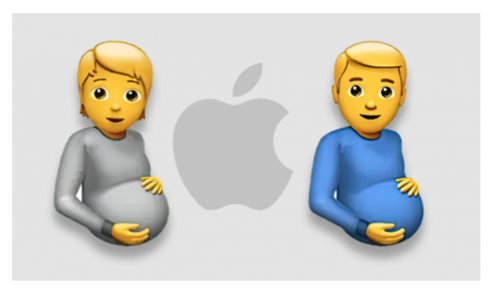 The pregnant man and “pregnant person” emoji first debuted back in January as part of an optional update, but now they are being included in iOS 15.4, which is an update that goes to all iPhone users.

Fox News Host Greg Gutfeld said the emoji was a “step toward acceptance for men with ‘beer guts.’”

“Yes, thank God finally, it’s here. A beer gut emoji has arrived to Apple iPhones with its latest voluntary update. This new emoji comes in five different skin tones, so someone with a massive beer gut can be any shade that he, she or they want,” Gutfeld chriped.