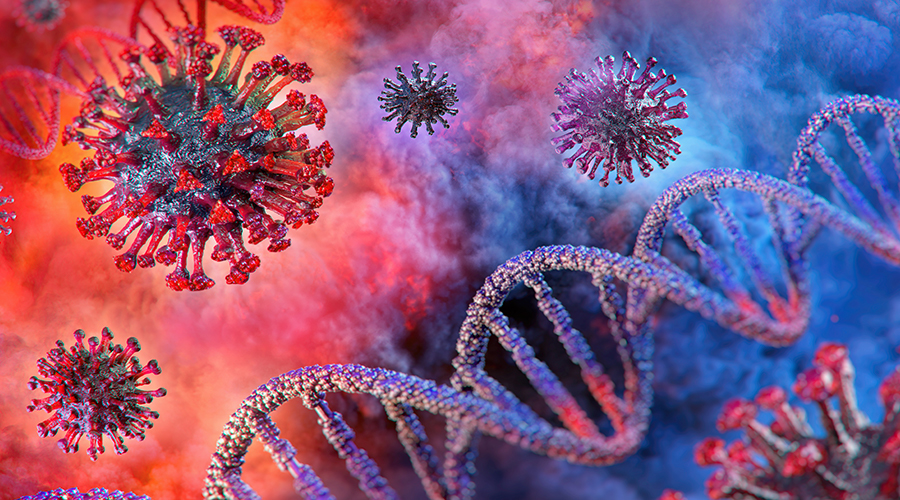 Dr. Nathan Wolfe was a founding citizen of Ghislaine Maxwell’s TerraMar Project; a member of the Edge Foundation; a self-proclaimed “virus hunter” whose area of research is zoonotic diseases with a special focus on bats; with links to the Wuhan Institute of Virology and EcoHealth Alliance; who previously bungled epidemic responses while selling pandemic insurance; whose company Metabiota which is funded by Rosemont Seneca, Google, The Skoll Foundation, among others, was awarded a sub-contract with the US Military’s DTRA program for work in Ukrainian biolabs.

A few days before the end of March Russian Foreign Ministry spokeswoman Marija Zakharova published a timeline of US-Ukraine bioresearch headed “BioBiden.” Of the 23 timeline points she listed, Nathan Wolfe or organisations associated with him – Metabiota and Global Viral – were explicitly mentioned in 8 of them:

2007 – US DoD employee Nathan Wolfe founded Global Viral Forecasting Institute (subsequently – Global Viral), a biomedical company. The mission stated in the charter is non-commercial study of transborder infections, including in China.
2014 – Metabiota, a private commercial organisation specialising in the study of pandemic risks is detached from Global Viral. Neil Callahan and John DeLoche, employees of Hunter Biden’s company Rosemont Seneca Partners are appointed to the board of Metabiota. Global Viral and Metabiota begin to get funding from the US Department of Defence.
2014 – Metabiota shows interest in Ukraine and invites Hunter Biden to “assert Ukraine’s cultural & economic independence from Russia”.
2014 – Metabiota and Burisma Holdings begin cooperation on an unnamed “science project in Ukraine”.
2014 – Metabiota, Global Viral and Black & Veatch Special Projects begin full-fledged cooperation within the US DoD programmes.
2014-2016 – Implementation of Metabiota and US DoD contracts, including a $300,000 project in Ukraine.
2016 – former US Assistant Secretary for Defence Andrew Weber is appointed head of Metabiota’s global partnerships department.
2016 – EcoHealth Alliance, a Global Viral founder Nathan Wolfe’s structure, is engaged in the study of bat-transmitted coronaviruses at the research centre in a Wuhan laboratory, China.
Considering the accusation is US political elites’ involvement in the military biological activity in Ukraine, it perhaps indicates Moscow has identified Nathan Wolfe as a person of interest in what Zakharova termed “this truly diabolical plan.”

Meet Nathan Wolfe
“If an alien visited Earth, they would take some note of humans, but probably spend most of their time trying to understand the dominant form of life on our planet –microorganisms like bacteria and viruses.”

Nathan Wolfe, Business Continuity and The Pandemic Threat Robert A Clark (2016)
From 1999 to 2006 Wolfe conducted research as a postdoctoral student and then as an assistant professor at Johns Hopkins University. There he worked with American epidemiologist Donald Burke, who suspected that the practice of hunting bushmeat in Africa had exposed a source of HIV. Based in Cameroon, Wolfe studied the local hunters and their hunting practices. In 2004 he and his colleagues found that 1% of bushmeat hunters were infected with the simian foamy virus – a virus that is closely related to HIV and carried by nonhuman primates.

In 2006 he joined the department of epidemiology at the University of California, Los Angeles. He began pursuing ways to monitor, predict, and prevent animal-to-human transfer of viruses and conducted projects in Africa and Southeast Asia. In China, he collaborated with scientists to investigate wet markets (food markets that sell live animals) as a source of zoonoses (diseases from wild animals).

Read More : Who is the Virus Hunter Dr. Nathan Wolfe?