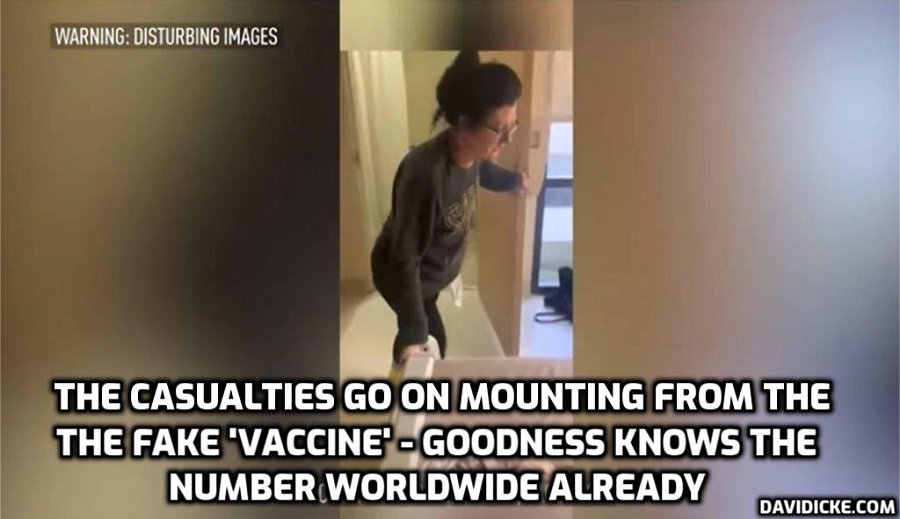 Hundreds if not thousands of women have reported that they have suffered irregular bleeding/clotting after receiving one of the mRNA Covid vaccines. Sadly thousands of others have also now reported the loss of their unborn/new-born child.

However, there also now exist hundreds of testimonies made by women who are claiming that they have lost their baby or suffered irregular bleeding/clotting after being in the company of others who have received one of the mRNA Covid vaccines.

Back in April 2021, Dr Naomi Wolf, an American author and journalist was extremely vocal on Twitter about the subject of bleeding/clotting after vaccination or after being around vaccinated women. And on April 19th 2021 she posted a link to a Facebook page, which could be found here but has since been censored and deleted by Facebook. The page contained hundreds of accounts from women reporting irregular bleeding after either having the Covid vaccine or being in the company of those who’ve had the Covid vaccine.

ABC7 news reporter, Kate Larsen also questioned back in April 2021 how the Covid jabs were affecting women’s menstrual cycles on social media, and she received thousands of responses from concerned women –

“I had my 1st COVID-19 vaccine in January followed by the 2nd in February, and since then I have had hemorrhagic bleeding with clots. This month of April was the heaviest.”

“I thought I was going crazy, and even went as far as making a doctor’s appt and switching out my BC because mine is so heavy now and its been a month straight”

“I received the Moderna vaccine in January and February I didn’t get my period for 3 months they did multiple blood test, pregnancy test and ultrasounds but everything came back normal. Then finally on April 4 I got my period and it’s been super heavy for the past 22 days non-stop.”

“Women, in their menstruating years and not, are experiencing severe side effects from people around them having received this jab. We’re not quite sure what’s happening here; it’s happening too quick for us to really know … we’re having women miss their periods, we’re having women have the most excruciating periods of their life to the point where they are bleeding so profusely that it is completely out of character. Women who are in menopause have gotten their period back … in this community, something that is well known is that if a women bleeds, and she is postmenopausal, that it is cancer.”