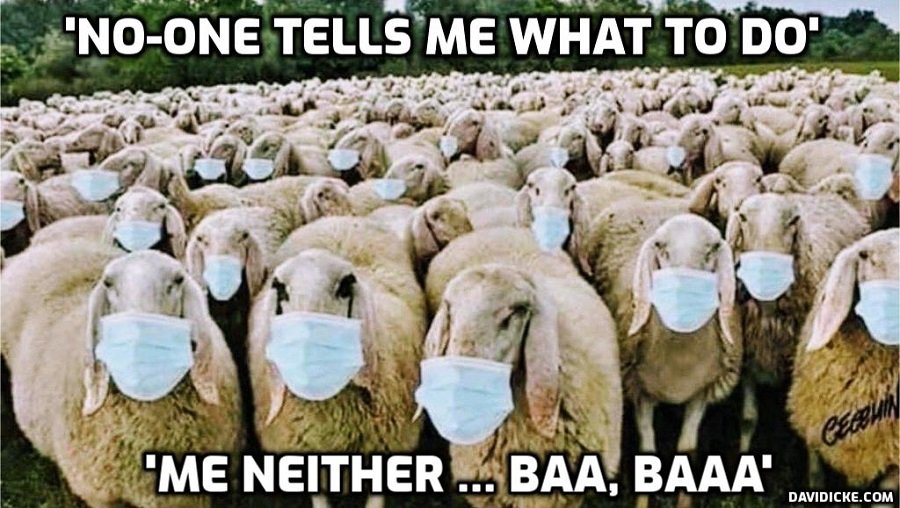 In 2021 I decided to write an FAQ on all aspects of Covid, lockdowns and non-pharmaceutical interventions (NPIs). I started with face masks, as they seemed to be the easiest issue to deal with, thinking that the whole mask situation could be summed up in five to six pages. After a few days work I had twenty pages of text, and another twenty pages of reminder notes on further aspects of face masks that I needed to consider and research. Those notes ballooned out in the next few weeks, and I realised that the use of face masks to prevent the spread of COVID-19 was a far bigger topic than I had appreciated, and would require substantial amounts of writing, and months of research and literature-reading.

It took until the next year before I decided I’d written enough on the topic. I had read an enormous number of scientific papers and other articles on masks, and gone through some of them with a fine-tooth comb (see Part 3 of the book, for instance). I had spent considerable time analysing, synthesising and rewriting, and my short FAQ article had become a comprehensive 400-page book that tackled all aspects of the issue, as well as a unique resource with its extensive scientific literature review section.

In all my researches I failed to come across very much in the way of convincing evidence that masks work. The papers that were supposed to show that they did all turned out to be poor pieces of science. None were randomly-controlled peer-reviewed trials. Some were observational studies, with inadequate controls for dealing with the possibility of faulty or biased recollection. Some were ‘modelling’ studies, in which a computer program was used to ‘model’ the effect of face masks on disease spread. Modelling studies are generally hopeless at providing any confirming evidence for the effectiveness of face masks as they require the modellers to make assumptions about how effective the masks are when writing their programs. Some were mannequin studies, in which a dummy in a lab with artificial breathing functions, rather than a real person in the real world, was used. Some were simply tests of the porosity of various materials in regard to salt aerosols.

Most studies ignored the issue of face mask gaps, despite it being well-known in the field that gaps around the sides of masks will let such large amounts of virions in and out that any effect that the masks do have will be completely negated. (This is why medical institutions require ‘fit tests’ for masks – not that fit tests are very reliable, as I explain in the book.)

Even these dubious studies that claimed to show an effect for masks didn’t show much of an effect. The less wild ones would typically claim that the cloth masks would stop 5% to 15% of virions, but they never presented any reason to believe the further claim that was often made that this would cause a 5% to 15% reduction in cases, or a 5% to 15% reduction in deaths. The closest such studies got to doing so was when an author would occasionally speculate, in an airy fashion, that if the disease in question’s R0 rate happened to be close to 1.0, then maybe widespread mask use (assuming masks had some small effect) would be enough to push the R0 rate below 1.0, in which case the disease would die out, although of course even if all their assumptions were true and masks did push the disease’s R0 rate below 1.0 it doesn’t follow that the disease would die out anytime soon. It could well be that the disease’s R0 rate would quickly come back over 1.0 again as soon as we stop masking, and so in order to stop the disease spreading again we would have to wear masks for years on end, or even indefinitely.