In 2020, the first year of the pandemic, almost every country in the world had a major recession. As this map from the IMF shows, most countries in Europe saw GDP decline by more than 3%, the only exception being Ireland (which in any case has an unusual way of counting GDP). 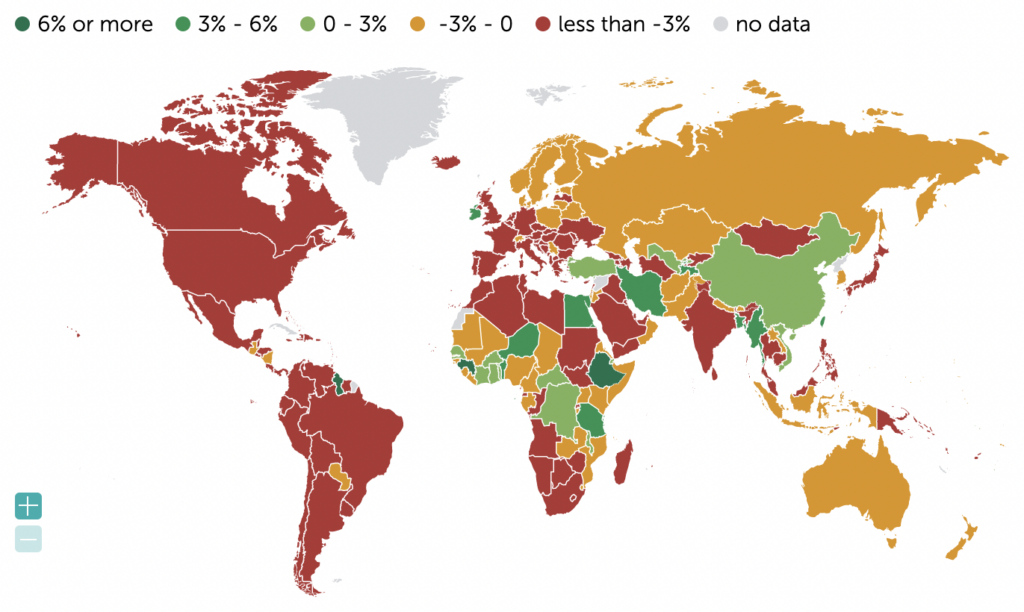 Despite this, unemployment in the EU only increased by a modest 1.2 percentage points, rising from 6.6% to 7.8% by the third quarter of 2020. One reason why unemployment didn’t rise more during months of lockdown is that governments spent unprecedented sums of money on furlough and other wage-support schemes.

In other words, they paid people to sit at home all day. For example, The U.K.’s Coronavirus Job Retention Scheme paid furloughed workers 80% of their previous salary, up to a cap of £2,500 a week.

While such wage-support schemes had the benefit of preventing large rises in unemployment, they had the cost of being extremely expensive. Data published by the ONS in January of this year show just how expensive.

The chart below shows change in general government gross debt (as a percentage of GDP) in percentage points from the fourth quarter of 2019 to the third quarter of 2021: 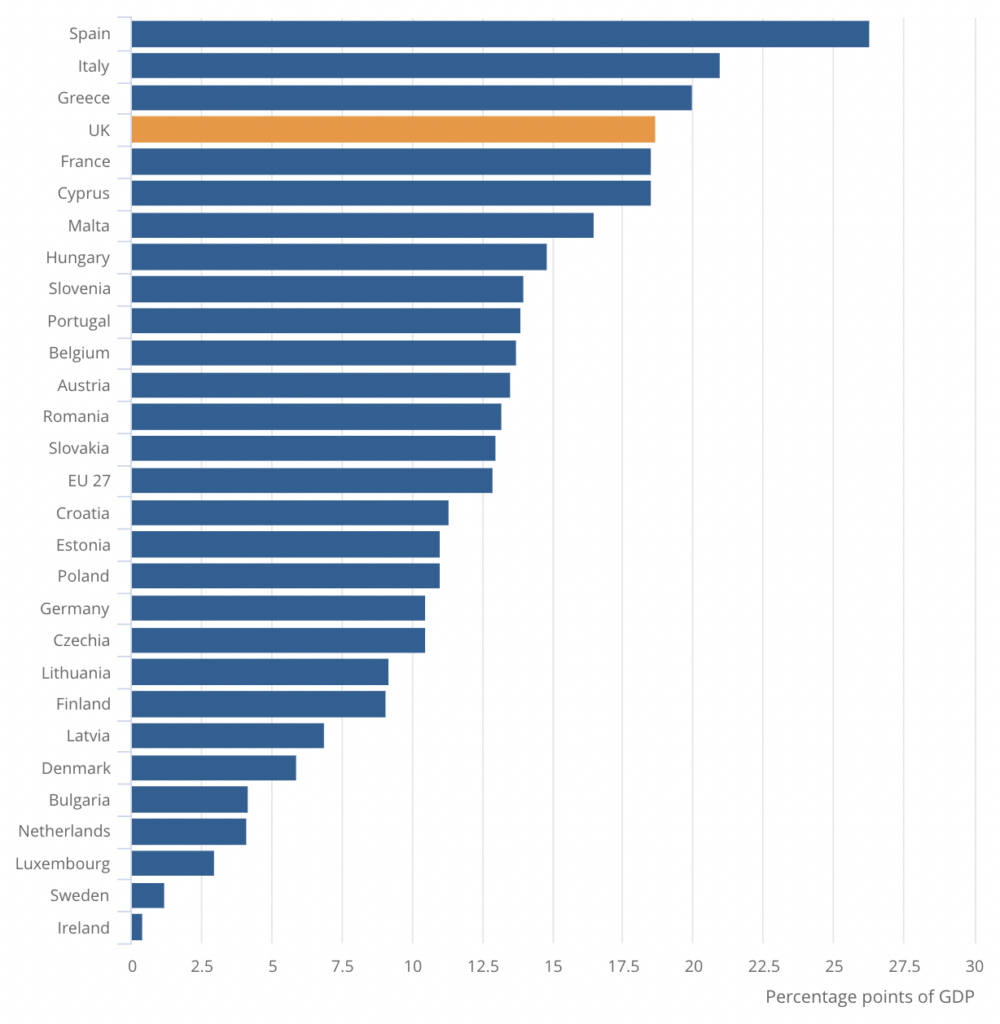 At the other end of the spectrum, Ireland’s debt grew by less than one percentage point, while Sweden’s grew by only 1.2 percentage points. Of course, Sweden’s strong performance comes as no surprise, given it was the only major European country that didn’t lock down in the spring.

As I noted previously, The Economist ranked Sweden third in a league table of 23 rich countries for overall economic performance during the pandemic. And we know this didn’t come at the cost of Swedish lives – the country actually saw negative excess mortality between January of 2020 and June of 2021.