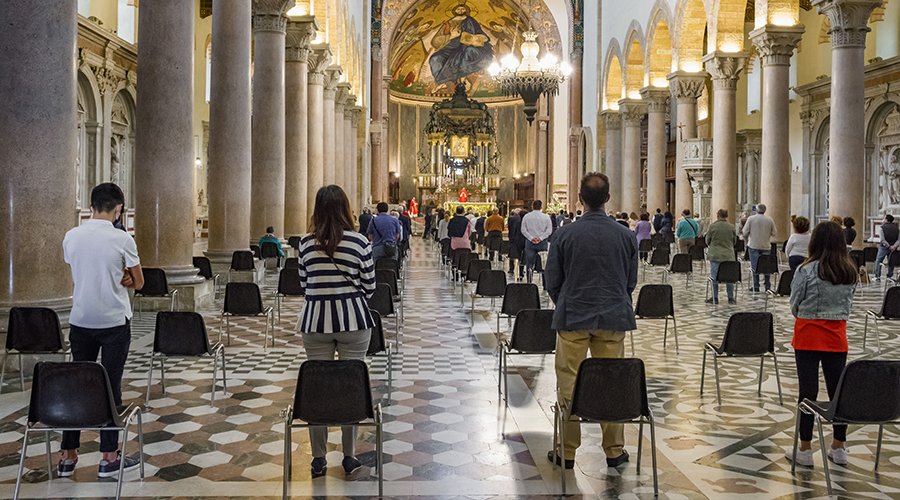 According to a report in the Epoch Times, the state of Pennsylvania is paying churches to convince their members to get vaccinated.

Pennsylvania Governor Tom Wolf’s administration wants pastors, rabbis and other faith leaders to turn their houses of worship into centers for “vaccination events,” using federal grant money as an incentive to lure churches into a partnership with the government.

But this is not just going on in Pennsylvania as reported by the Epoch Times. It’s going on across the United States.

The Epoch Times article reports that Pennsylvania’s public health leaders want to “harness the power of community trust in statewide faith-based organizations” to convince people to get a COVID-19 gene-therapy injection. That is a quote from the mission statement of an organization called the Faith-based Organization Coalition. This organization, the Epoch Times reports, is being formed under the state’s Department of Health and is expected to launch April 11.

The state aims to reduce vaccine hesitancy through the “Local Innovations in Vaccine Equity in Pennsylvania” project (LIVE PA), which is a grant program that pays churches and nonprofits to speak with their people and persuade them to get vaccinated, according to the Epoch Times.

And how much are these corrupt churches being paid by the government?

They reportedly get $10 for each person-to-person outreach including direct phone calls and text messages, direct social media messages, door-knocking campaigns, “and anything that involves one-on-one dialogue promoting the COVID-19 shot.”

The church or other nonprofit gets another $10 for each person who actually goes and rolls up his or her sleeve for the shot.

“LIVE PA is a collaboration between the Wolf Administration’s Office of Advocacy and Reform and the departments of Health and Human Services, working closely with United Way of Pennsylvania to fund hyper-local, grassroots nonprofit and faith-based organizations to partner with certified vaccine providers to help the populations they serve overcome barriers to vaccination.”

Is your church or favorite ministry one of these organizations sucking up tax dollars to poison and sterilize their congregants and followers? It’s not just local churches, but big ministries that are involved in this evil.

I reported previously that the the Vatican was encouraging Catholic churches to partner with governments worldwide to promote the vaccine, and some of the big-name evangelical ministries such as Samaritan’s Purse are doing the same.

I received hateful emails for weeks because folks didn’t want to believe that such a trusted name in evangelical circles as Samaritan’s Purse could be involved in this plan to vaccinate every man, woman and child with an unproven, untested, and now proven deadly serum. If you still don’t believe it, don’t trust me: Read here, here and here.