A total of 15 players were unable to finish the Miami Open 2022 tennis tournament, including the male and female favourites.  All of the players must be “fully vaccinated” to compete, the Liberty Daily wrote, “just as we’ve noted for several months, most major sports have been hit with ‘inexplicable’ medical conditions popping up in young and otherwise healthy athletes, including our report that three cyclists fell in March alone.”

The so-called health professionals running the Covid “vaccine” programs around the world keep repeating that “the Covid vaccine is a normal vaccine and it is safe and effective.”  But as of the end of last month, Good Sciencing has recorded 833 athletes, worldwide, who have had cardiac arrests or other serious issues, with 540 dead, post-Covid injection. 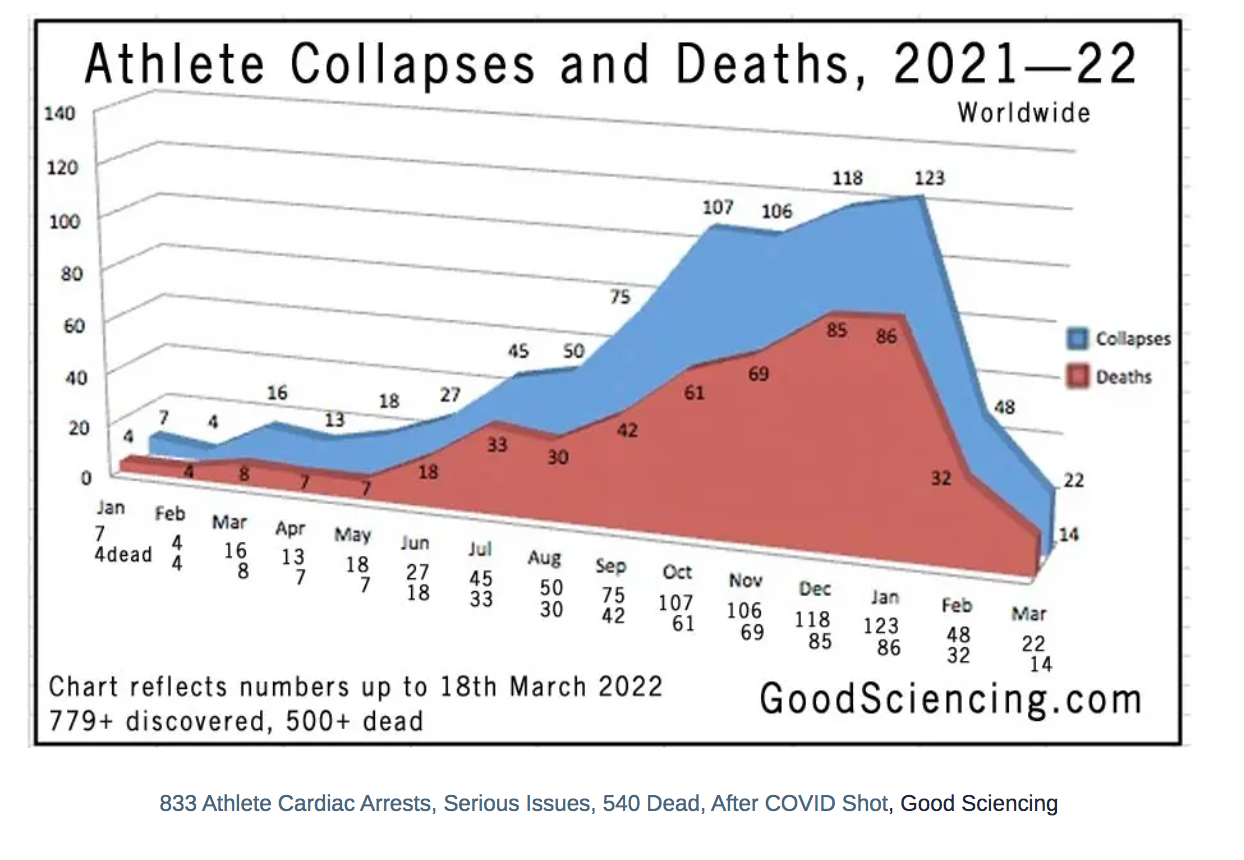 Good Sciencing is a small team of investigators, news editors, journalists, and truth seekers. They state on their website:

“It doesn’t really matter who we are. What really matters is that we care carrying on an investigation and we’re presenting the evidence we’ve found, almost all of it documented in mainstream media publications. We’re doing this anonymously because we’ve seen people viciously attacked and threatened for doing things like this, so we’re not going to open ourselves or any of our contacts to that.”

As well as receiving new cases and updates from alert readers, they note that they are also receiving hate mail and death threats.