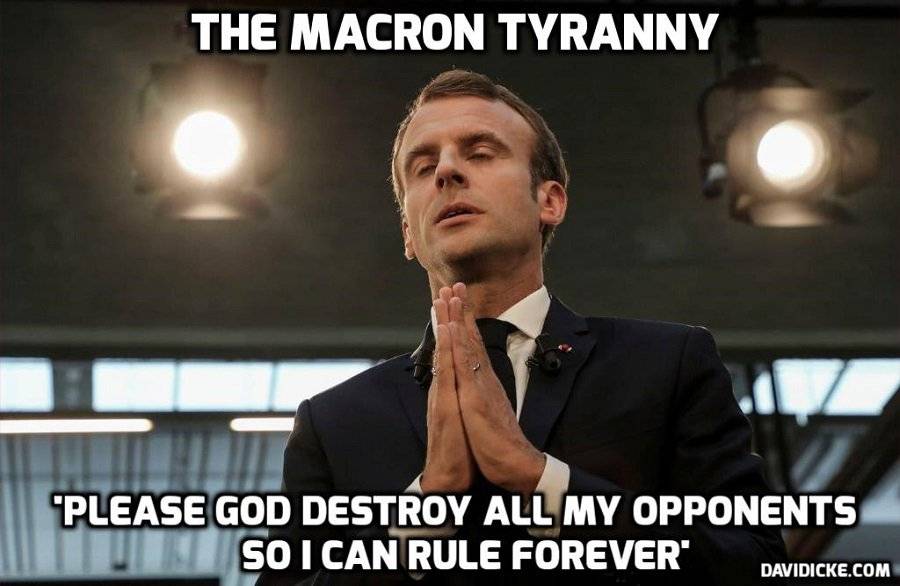 The French are headed to the polls this Sunday, April 10 for the first of two rounds in the country’s presidential election. No longer about ‘right v left’, the contest pits the establishment globalist straightjacket against true democracy and independence. The result has the potential to not just cause a political earthquake in France, but in all of Europe, dealing a major blow to the “rules-based” order of globalists. But will French voters seize the occasion?

Traditionally, voters interested in the social safety net for which Le Pen advocates typically turn instead to the far left. Meanwhile, those seeking better state protection from ever-creeping globalist exploitation have traditionally backed the establishment candidate on the more conventional right, who advocates in favor of free market and limited government while tossing a bone to far-right protectionists by nonetheless promising to reel in globalization. They never, ever do.

Current French President Emmanuel Macron came to power in 2017 by positioning himself as the candidate of “intelligent globalization.” Despite having served under Socialist President Francois Hollande as minister of the economy, industry and digital affairs, the fact of having left that job to prepare for his first presidential run allowed Macron to position himself as a ‘neither right nor left’, non-establishment candidate. He mounted his own party, cobbling together a coalition of establishment figures from both the right and left, which created the illusion of anti-establishment unconventionality.

Macron even told the Financial Times in April 2020 that globalization “was reaching the end of its cycle, it was undermining democracy.” Yet, when push came to shove and words became actions, he fully tied France with every multilateral initiative imaginable.