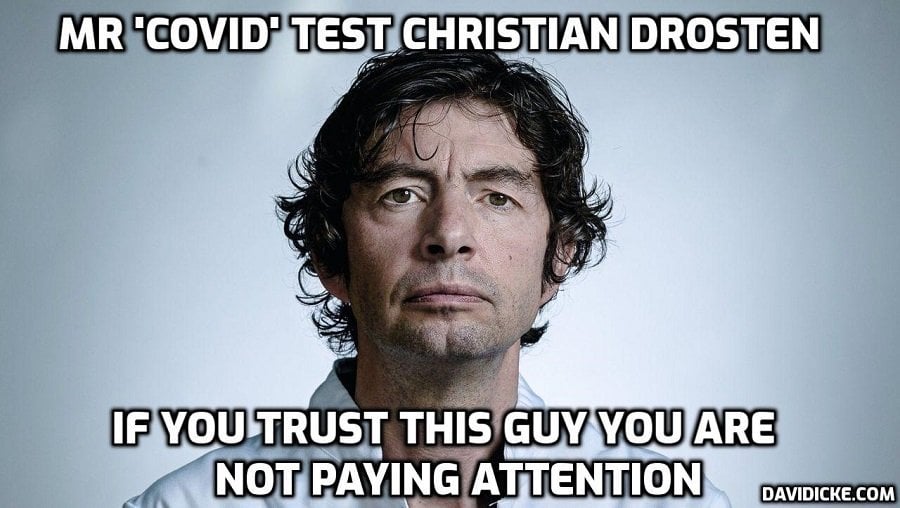 On Tuesday March 29th, virologist and foremost German Corona astrologer Christian Drosten went on indefinite hiatus from Coronavirus Update, his noxious state media podcast. The show was introduced on February 26th 2020, with Drosten as its centre. He starred in about 80 of its 113 episodes; from September 2020, he began alternating appearances with virologist Sandra Ciesek. Lest the oracular pronouncements of these luminaries be lost to history, Norddeutscher Rundfunk lovingly transcribed their utterances into a downloadable 1446-page document. There is every reason to fear that, one day, this monstrosity will be issued in print for the Scientific Faithful as a boxed set.

I confess that I’ve only listened to about 20 episodes of this elaborate exercise in propaganda. I can’t imagine how anybody could handle more than that. Probably never before in history has there been a radio show so heavily promoted by the national media, that is simultaneously so devoid of content. For in all the ponderous hours that I listened, I never heard Drosten say anything that fashion-forward Twitter accounts, media pundits, and Tomas Pueyo hadn’t already said a little bit earlier.

Drosten was initially agnostic about the wisdom of closures, but after Neil Ferguson published his panic model on March 16th, he lobbied hard for lockdowns and preached the necessity of non-pharmaceutical interventions at every opportunity. In the earliest days, he didn’t think children and schools were all that important to infection dynamics; when school closures became policy, he developed a deep obsession with the virus-spreading of children. No sooner had Germans elected a new, more containment-hesitant Government in September 2021, than Drosten discovered a fresh interest in naturally acquired immunity, and suggested that infections in the vaccinated would be essential to building more robust immune protection.