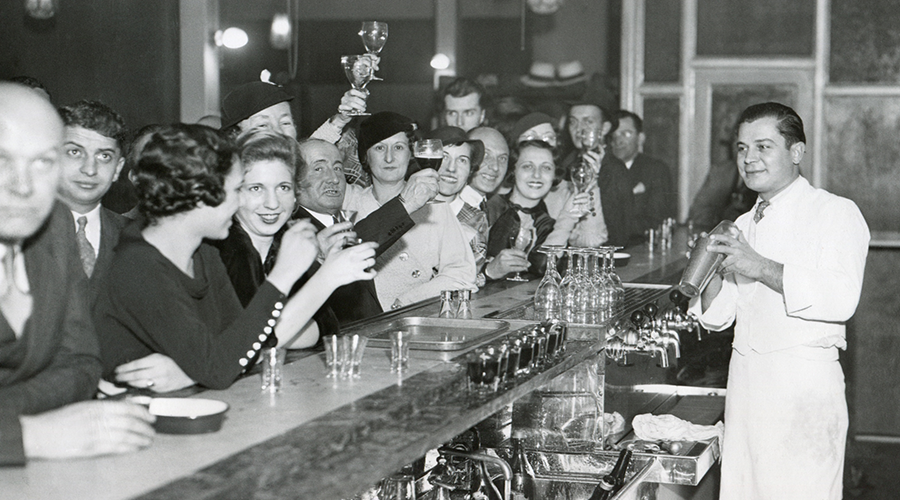 I was recently invited to speak to a student group about alcohol prohibition. During the course of my talk, I shared with them perhaps the most chilling historical account of America’s failed experiment to ban the sale of alcohol.

The Prohibition Era (1920 -1933), which began with the passage of the Volstead Act, had many problems. Virtually overnight, millions of Americans became criminals for the “crime” of having a drink. Instead of people trading money for a jug of beer or a bottle of gin, they had to make their own or turn to the black market. It resulted in a surge of organized crime and the rise of many of the most notorious gangsters in history, including Al Capone, Dutch Schultz, and Charles “Lucky” Luciano.

“In the absence of Prohibition, we wouldn’t have had the kind of syndicated criminality that occurred. Prohibition was the catalyst,” explains Howard Abadinsky, professor of criminal justice at St. John’s University and the author of the book Organized Crime.

One might think the surge of organized crime—which resulted in a corresponding surge of law enforcement to suppress it—would be the darkest consequence of Prohibition. It was not.

‘Our National Experiment in Extermination’

On Christmas Eve in 1926, a mysterious thing happened.

A man stumbled into New York City’s Bellevue Hospital claiming Santa Claus was chasing him with a baseball bat. He soon died, but another man celebrating Christmas soon followed with similar symptoms. He died as well. And then another.

Read More: Why the Feds Intentionally Poisoned Americans During Prohibition, Killing Thousandsand Why You’ve Never Heard about It