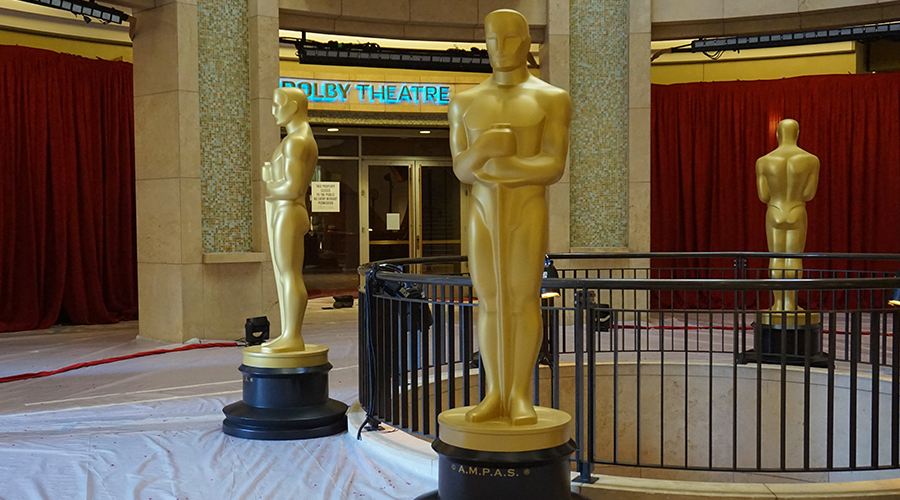 The star-studded 94th Academy Awards was held on March 27. All the glamorous nominees were hoping to go home with an Oscar. However, few people know what this coveted symbol stands for.

The Oscar is based on the Egyptian God Ptah who is shown holding an Ankh (symbol of life) and Djed (symbol of power).

Is The Oscar Statuette Inspired By An Ancient Egyptian God? is the official explanation for the design of the statue, but acknowledges its resemblance to Ptah.

WHAT THE OSCARS HAVE IN COMMON WITH EGYPT explains:

“What’s fascinating about the design of the statue is that it is an art deco version of the ancient Egyptian god Ptah. In Egypt, there were two major gods in charge of PICTURE MAKING, CRAFTSMEN, AND ARTISTS.  One of them was Ptah. The ancient scribes and sculptors who created the best sculptures and pictures of the temples were granted a statue of the god Ptah from the Pharaoh himself. This ritual would take place at the capital at MnNfr/Memphis in the HutKaPth/Temple of Ptah. Likewise Hollywood’s award ceremony was held in a temple (The Shrine Auditorium) from 1947-2000 where it is now currently held at the Kodak Theater.

The term Oscar also dates back to the Egyptian god Osiris who ruled over the underworld in the constellation Orion. According to pyramid text, the Pharaoh’s soul would ascend into Orion to be reborn as a STAR to live for an eternity, but there was a catch. The Pharaoh’s soul would have to transform into a spirit to reach Osiris.  Once the spirit reached Osiris, it was immortalized and remembered forever.

I find it a fascinating parallel that a person has to become an ACTOR (transforming your spirit into another) to win an Oscar. These stars are then immortalized by placing their names in a stone star on the Hollywood walk of fame. What’s also interesting about Orion is that NASA has discovered it has a Star Nebula where they believe that stars are born.”

Read More: Oscar Is Based on Egyptian God Ptah