The General Social Survey is a long-running survey of the US population that’s taken place every few years since the 1970s. It asks about respondents’ demographic characteristics, political views and social attitudes. One of the questions concerns happiness with one’s life. Specifically, respondents are asked: 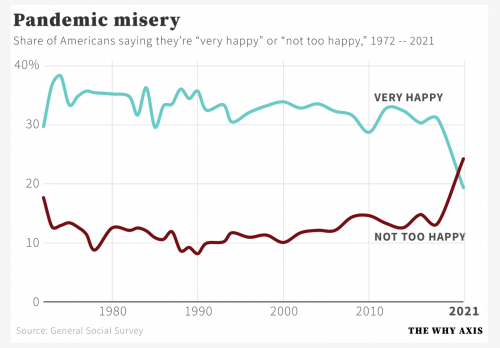 Changes of this magnitude in social surveys are extremely rare, especially when it comes to questions like the one about happiness. Could they be due to some methodological issue with the General Social Survey?

Read More: Did Lockdowns Cause the Biggest Drop in American Happiness Since Surveys Began?