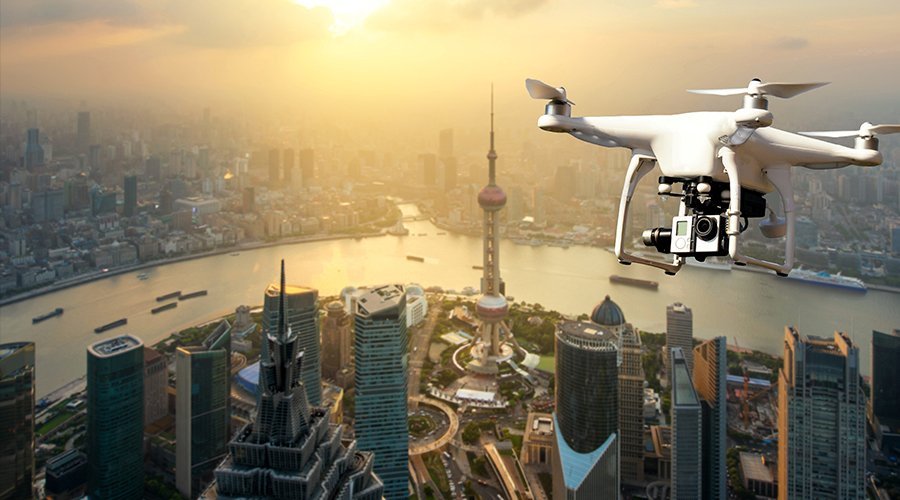 Rep. Ryan Wilcox (R) introduced House Bill 259 (HB259) on Jan. 28. In 2014, Utah passed a law requiring police to get a warrant before conducting drone surveillance in most situations. HB259 clarifies that the law applies “to any imaging surveillance device, as defined in Section 77-23d-102 when used in conjunction with an unmanned aircraft system.” This includes “radar, sonar, infrared, or other remote sensing or detection technology.”

In effect, the enactment of HB259 clarifies that this type of technology cannot be used in conjunction with a drone without a warrant.

Impact on the Federal Surveillance State

Although the new law only applies to state and local drone use, it throws a high hurdle in front of some federal programs as well.

According to a report by the Electronic Frontier Foundation, drones can be equipped with various types of surveillance equipment that can collect high-definition video and still images day and night. Drones can be equipped with technology allowing them to intercept cell phone calls, determine GPS locations, and gather license plate information. Drones can be used to determine whether individuals are carrying guns. Synthetic-aperture radar can identify changes in the landscape, such as footprints and tire tracks. Some drones are even equipped with facial recognition. According to research from the Center for the Study of the Drone at Bard College, 347 U.S. police, sheriff, fire, and emergency response units acquired drones between 2009 and early 2017—primarily sheriff’s offices and local police departments.

Much of the funding for drones at the state and local level comes from the federal government, in and of itself a constitutional violation. In return, federal agencies tap into the information gathered by state and local law enforcement through fusion centers and the Information Sharing Environment (ISE).

Fusion centers were sold as a tool to combat terrorism, but that is not how they are being used. The ACLU pointed to a bipartisan congressional report to demonstrate the true nature of government fusion centers: “They haven’t contributed anything meaningful to counterterrorism efforts. Instead, they have largely served as police surveillance and information sharing nodes for law enforcement efforts targeting the frequent subjects of police attention: Black and brown people, immigrants, dissidents, and the poor.”