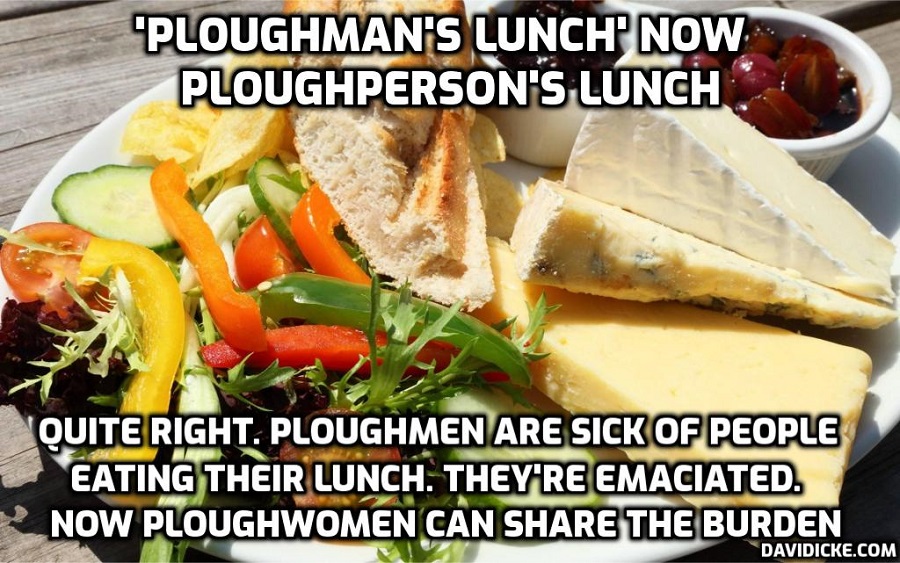 A ‘woke’ Devon pub has been slammed after taking the Ploughman’s lunch off the menu and rebranding it ‘ploughperson’s’.

The Tors pub in Belstone, Devon offers the dish for £12.50 and it contains all the ingredients from the classic Ploughman’s lunch – cheese, ham, pickled onions, chutney and sourdough bread.

However, it is instead named a ‘ploughperson’s lunch’ with the pub’s landlord saying the name recognises the ‘amazing ladies’ in the local farming community.

The gender-neutral re-brand sparked a backlash on social media as some accused the pub of cancelling a British tradition.

A picture of the pub’s menu, complete with the new name of the dish, was posted on social media by Charlotte Deakins, 36.

She told the Telegraph: ‘Quite frankly, my reaction is that it is pandering and dangerous, unless the pub owners have done it in a tongue-in-cheek manner and I hope they have.

‘The tweet has gained some traction and people are absolutely sick of the nonsense and having to pussyfoot around because of a small minority who are eternally offended.’

Read more: Now the Ploughman’s lunch is cancelled: Fury at ‘woke’ Devon pub as it takes beloved dish off the menu and rebrands it ‘ploughperson’s’ in bid to be gender-neutral