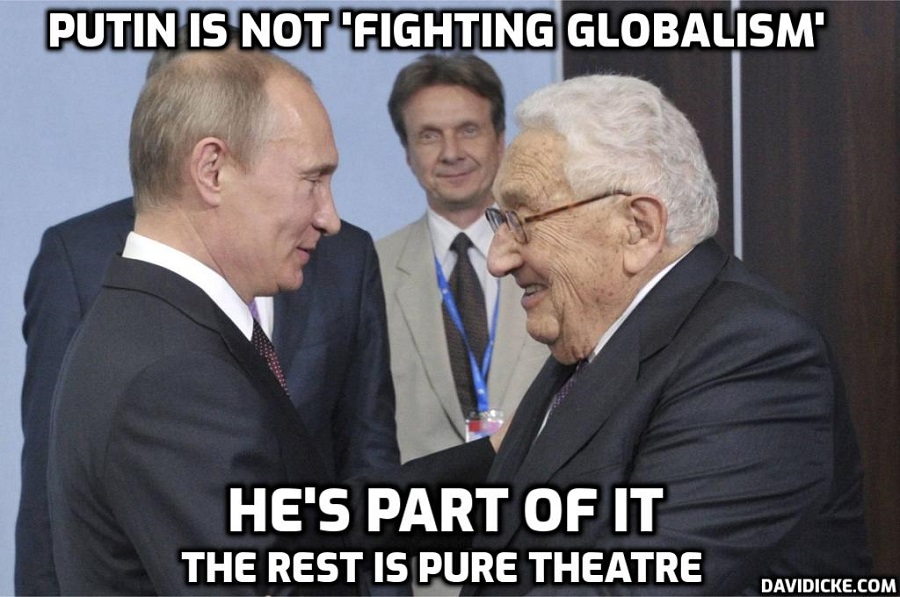 The recent Russian invasion of Ukraine has garnered a lot of attention from both the mainstream and alternative media.

There are plenty of theories floating around about what’s really going on, the true reason behind the invasion and the true motives and allegiances of Russian President, Vladimir Putin.

Among this entangled mess of assertions, ill-conceived opinions and downright false assumptions is a certain theory that has gained traction in alt media circles, and that is the idea that Putin is some kind of saviour, and that his moves in Ukraine represent an attack against the Western, globalist elite.

When I first saw this claim circulating on the web, the immediate thought that came to my mind is that this must have originated with the QAnon crowd. You see, in the Q-niverse, Vladimir Putin is one of the good guys and he is given the same messiah status as the God-king himself, Donald Trump.

Many of the QAnon “decoders” are still very active online and they are the driving force behind the Russia-went-into-Ukraine-to-save-us-from-the-biolabs theory, itself a curious idea that seemed to have originated on Twitter, and was ardently censored before circulating widely in the alternative media.

Recently, Victoria Nuland, the US Under Secretary of State for Political Affairs, admitted that Ukraine houses “biological research facilities” and expressed concern that Russia would commandeer them. Um… Okay. Anyone else think this narrative seems eerily similar to the whole Covid lab-leak hypothesis?

In both cases, the theories have followed a similar life-cycle:

Originated at the beginning of the event but exact origins unclear
Widely promoted in alternative circles
Heavily censored on social media and denounced by fact-checkers
Finally accepted into the mainstream narrative
In my article on the Q phenomenon, I endorsed the idea that Q was actually a military intelligence Psy-op being run from within the Western intelligence establishment. This is an idea I derived from the excellent research of Bernard Grover, Joseph Farrell and Catherine Austin-Fitts.

Although ‘Q’ the entity hasn’t posted anything for over a year, I don’t believe that such a sophisticated operation merely vanished into thin air.

In fact, I have a hunch that the powers behind Q learned everything they needed to learn about how information circulates in alternative circles and are now using that data to “poison the well” as it were by subtly introducing bits and pieces of misinformation into the picture in an effort to infiltrate and discredit alternative media. However, that is a subject for another article altogether.

Read More : 10 Reasons to Question the “Putin vs Davos” Narrative