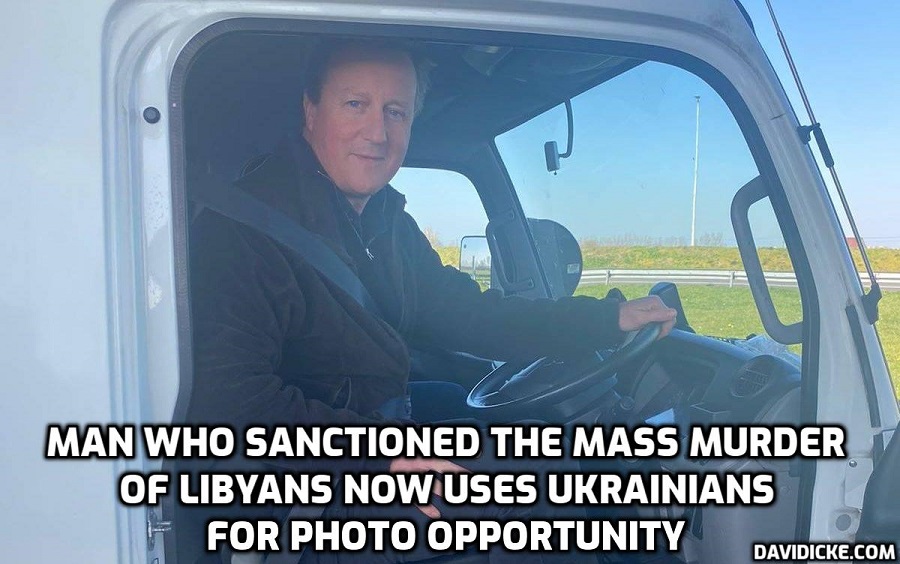 Former Prime Minister David Cameron has personally delivered a shipment of supplies for Ukranian refugees in Poland after a 1,000-mile trip in a rental van.

The former Tory leader documented his journey accompanied by Chipping Norton Labour councillor Rizvana Poole on the “cross-party effort” to deliver a van-load of supplies gathered by the Chippy Larder food bank.

Mr Cameron said he did “a bit of a driving” on the trip, which was hindered by a “blown out flat tyre that took rather a lot of time to change, because I managed to rent a lorry that didn’t have a spare tyre.”

However, he and Ms Poole made it to a distribution hub near the Ukraine border late on Saturday, two days after setting out.

He said: “Nearly 1,000 miles, over 20 hours of driving, and we’ve made it to the Red Cross depot here in Poland, quite close to the border, so that refugees can get the things that have been brought here – nappies, and first aid kits, and bedding, and clothing, and other things kindly donated.

“The Polish Red Cross have done an amazing job helping us get everything off the lorry. It was good to make the trip, and good to know we’re trying to do something for the refugees who are suffering so much from this terrible war that Putin has launched.”

The trip, documented by Mr Cameron on social media, comes eight months after a probe concluded that he abused his position as former prime minister when he lobbied ministers on behalf of failed finance company Greensill Capital.

Read more: Former PM Cameron who sanctioned mass murder from the skies in Libya with Obama ‘delivers aid for Ukraine refugees after making 1,000-mile trip in a rental van’. These people have NO SHAME