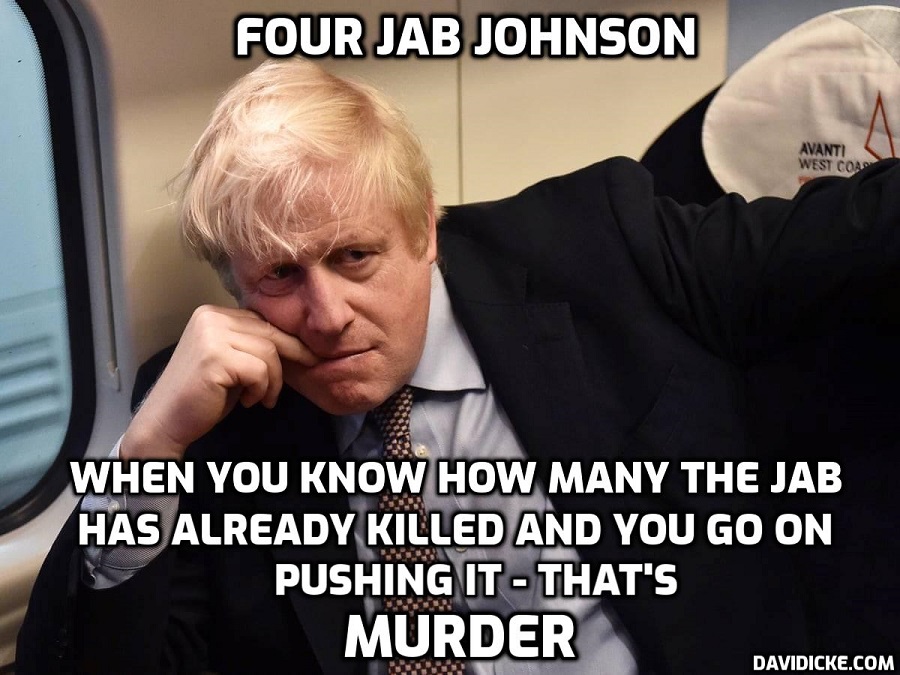 Boris Johnson says the UK is preparing to distribute a fourth dose of Covid-19 vaccination – “because we’ll need it.”

The Prime Minister appeared to confirm Brits will be asked to get a fourth jab – but did not say when it would be rolled out.

Speaking at Tory Spring Conference in Blackpool, the Prime Minister praised the British people for coming forward in huge numbers to be vaccinated.

He said: “It was because they wanted to get on with their lives. They were fed up with being told what to do.”

And he told the crowd: “I hope you’ve all had your boosters. We’re getting ready for a fourth jab, because we’re going to need it.”

Mr Johnson said his Government needs to do “everything we can to help people” through the mounting cost of living pressures as energy prices continue to spike.

Read more: Boris Johnson says UK preparing for fourth ‘Covid’ jab ‘because we’ll need it’ – What to kill more people than you already have you psychopath?