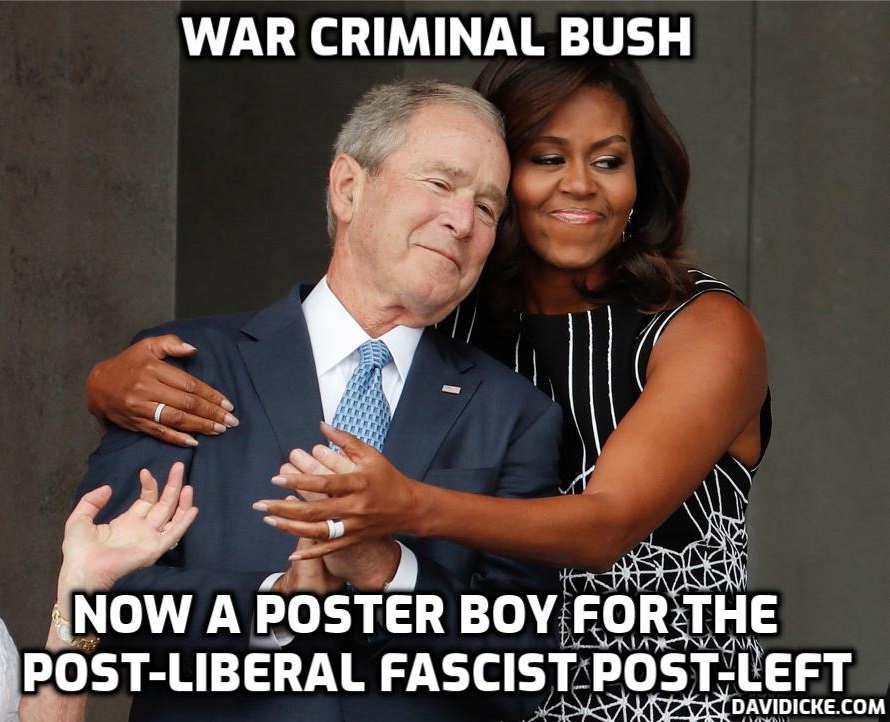 “I’ve been asked if I think the invasion of Ukraine is illegal.

If the law is not applied consistently, it is not the law.

It is simply an excuse we use to target our enemies.

We will pay a heavy price for our hubris of 2003 in the future.

We didn’t just fail to punish Bush and Blair: we rewarded them. We re-elected them. We knighted them.

If you want to see Putin in his true light imagine him landing a jet and then saying ‘Mission Accomplished’.”

As far as I can tell this point is logically unassailable. International law is a meaningless concept when it only applies to people the US power alliance doesn’t like. This point is driven home by the life of McBride himself, whose own government responded to his publicizing suppressed information about war crimes committed by Australian forces in Afghanistan by charging him as a criminal.

Neither George W Bush nor Tony Blair are in prison cells at The Hague where international law says they ought to be. Bush is still painting away from the comfort of his home, issuing proclamationscomparing Putin to Hitler and platforming arguments for more interventionism in Ukraine. Blair is still merily warmongering his charred little heart out, saying NATO should not rule out directly attacking Russian forces in what amounts to a call for a thermonuclear world war.

They are free as birds, singing their same old demonic songs from the rooftops.

Read more: International Law Is A Meaningless Concept When It Only Applies To US Enemies