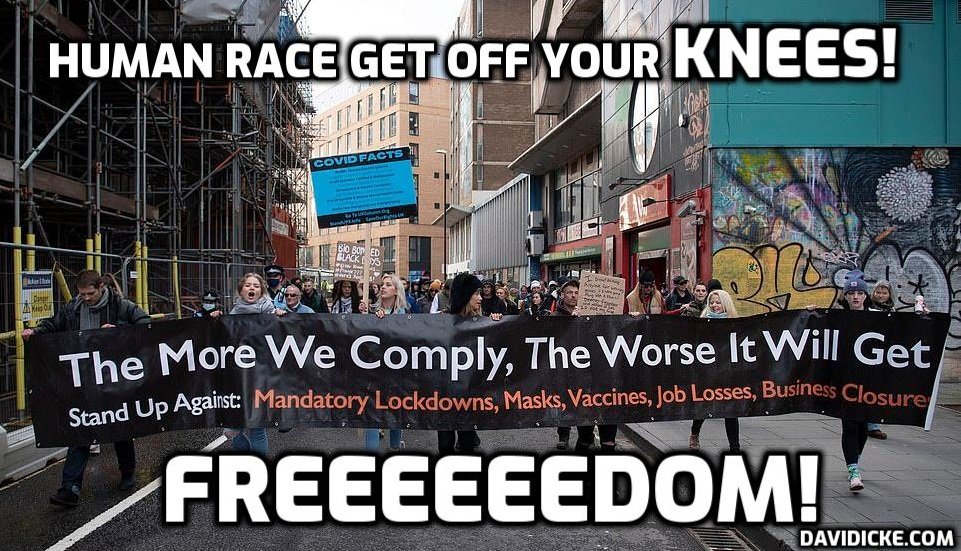 Have you noticed that in most of the great works of dystopian science fiction and cinema there’s a recurring theme of mass conformity to uncomfortably rigid and enforced social norms?

There’s always an impenetrable bureaucracy which has reduced the masses to statistical averages to be more efficiently managed. The system is never benign and loving, because paradoxically, at the top of the pyramid there always resides a single individual ruler, who is invariably psychotic, having no contact with reality. His psychosis is mirrored by the masses, and paradoxically, the individual is overrun by the mass so the mass can be overrun by an individual.

The citizen-collective in these stories is intrinsically recognized as inhuman, unnatural, malignant and dangerous. It is compassionless, irrational, illogical and excessively emotional. To behold such a well-behaved and compliant hive stirs the primal fear of dying before death, of not-living while alive, and of an existence devoid of meaning.

The hero in these stories is always the lone individual who finds it unbearable to subjugate his autonomy to the herd. As much as he understands the consequences for non-conformity he simply cannot refuse the risk of rebellion, and is compelled to covertly express his distinctiveness. Once he experiences the thrill of making some small departure from the standard, he is thereby morally obliged to further differentiate himself, ultimately arousing the fury of the state which aims to brutally suppress him in order to maintain its position of absolute authority.

George Orwell’s 1984 is a favored example of this because the book takes you inside the mind of someone who cannot resist the pull of inner authenticity, self-integrity and truth. Aroused by truth and love, the protagonist, Winston Smith, is simply incapable of squashing his internal drive towards individuation from the party-mind, and sets out on a futile endeavor to experience the joys of having a genuine human existence… if only for a moment.

Read More: Why is Non-Conformity Your Greatest Asset in These Strange Times?