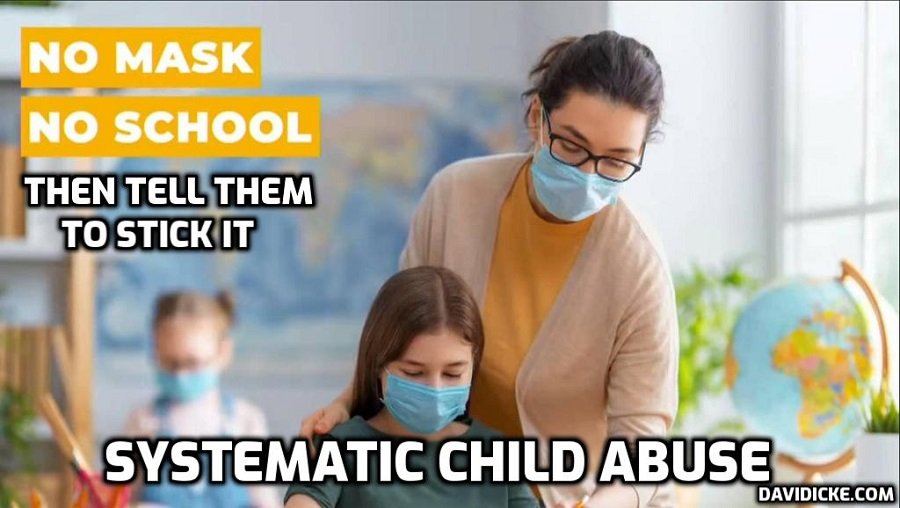 For two years now, people across the world have been forced by their governments to muzzle their faces with cloth masks. Despite long-established evidence that cloth masks do not stop airborne viral transmission, tyrants from coast to coast in the United States and worldwide have continued to force them on their citizens, including small children.

Despite mountains of evidence being presented for the last two years and countless comparisons between masked and unmasked populations showing that cloth masks do absolutely nothing to stop the spread of COVID-19, there are still diehard pro-muzzlers out there trying to keep the insanity going.

Although they lifted the mandate requirement last week, the CDC still claims that cloth masks stop covid, completely ignoring the science. Luckily, in spite of this denial of science by the establishment, the pro-muzzle class has been dwindling and even the staunchest of face-covering supporters have been forced to reverse course.

In some places, however, like New York City, anti-science tyrants like Mayor Eric Adams thinks it’s necessary to keep masking children under 5 because they aren’t eligible for a vaccine that Florida just contraindicated for children.

While New York continues to mask toddlers in some ritualistic act of child abuse, on the other side of the country in California, the mask tyrants took things a bit further — using the police state to go after toddlers.

The Aspen Leaf Preschool in San Diego, California operates three different locations in the city. While other schools were muzzling their children in defiance of science, Aspen Leaf openly told parents that masks were optional. As a result, state agents with the California Department of Social Services raided all three locations simultaneously — as if they were trafficking children, not freeing them from cloth face coverings.

The Voice of San Diego interviewed parents of children at the school who said that during what they described as a “raid,” state agents separated their children and questioned them without parental consent.