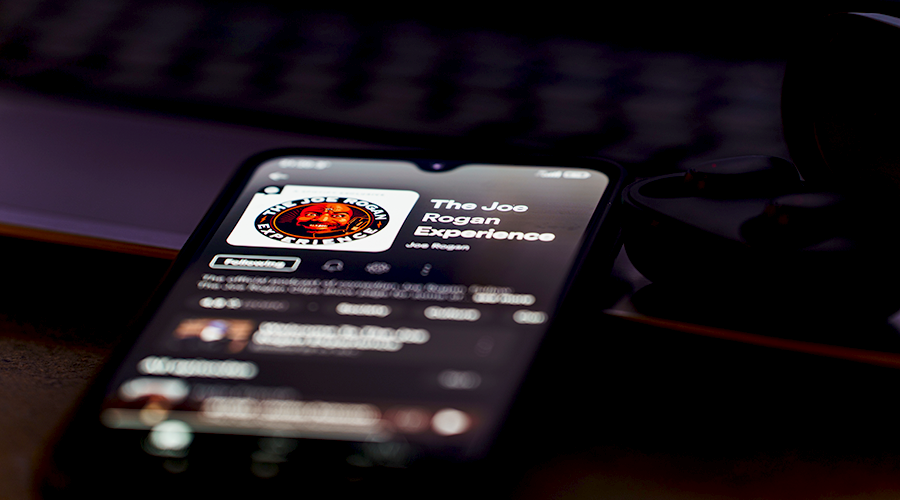 I wrote this piece several weeks ago, before the war in the Ukraine. It is satire. SATIRE. FICTION. In the current psychotic atmosphere, I’m tipping my hand. So there can be no mistake in the minds of illiterate persons and unhinged loons.

Also, when I read over this article, I pulled up short at several paragraphs that were so damn good I almost believed them myself.

And thirdly, as we swim in an ocean of propaganda these days, it’s instructive to know you’re reading fiction in real time, because you become aware of how nuts and bolts can be arranged to resemble truth. You put THIS here and then you put THAT next to it…

Which is what major media do every day, all day long, just like the CIA and the FDA and the CDC and WHO.

And with that, here we go:

I can reveal that the NY Times has been sitting on this information for two months.

They’re trying to clean up a few details. But meanwhile, my sources have a back-story that’s truly explosive.

You see, in 2020, Joe Rogan traveled to Russia to meet with Vladimir Putin. Joe was on assignment for Dana White. The mission? Convince Putin, with his background in martial arts, to agree to a UFC exhibition match with action star, Jason Statham.

However—and here the details are admittedly murky—Putin apparently managed to enlist Rogan in a scheme to SUBVERT the US COVID program for defeating the virus. Hence, Rogan’s infamous interview with Dr. Robert Malone, who expressed “deep skepticism” about the vaccine.

Former KGB Officer Anatoly Popov, who defected to the West in 1997, and has been living in Maryland since his extensive CIA debriefing, told me Rogan’s major target has, in fact, been the vaccine.

“This is the number-one aim of the Russians,” Popov explained. “Discredit the injection. Make it seem as if this innovation [the Pfizer/Moderna RNA shot] is dangerous. People refuse the jab, the virus continues to spread, and the US collapses under the weight of so many deaths and so much sickness.”

But this was apparently just one of the aspects of Rogan’s disinformation campaign. As Popov and other trusted sources have told me, Rogan is connected to Robert Kennedy, an aggressive anti-vaxxer, through Rogan’s former mistress, Kristina Vera, Kennedy’s second cousin.

Vera is a microbiologist who once headed up a research lab in Belgorod, Russia. She has been struggling to bring a lawsuit against Anthony Fauci. The issue involves ownership of a patent for an at-home test for the coronavirus.

Vera has been feeding Rogan and Kennedy “a sea of lies” about Fauci, according to Popov, in order to bring about the downfall of Fauci, who stands between the virus and the public as the only source of trusted information.

“Fauci is a guardian of America’s future,” Popov told me. “Rogan’s long-form Spotify interview with Dr. Robert Malone was specifically designed by Rogan to smear, by implication, Fauci’s work informing the public about what must be done to stop the virus.”

In another part of my interview with Popov, the old Russian spy put it this way: “Trump, as president, executed a master-stroke when he turned his Presidency over to Fauci—the only medical figure who could rally the nation by locking it down and cutting off the virus at the knees.”

I managed to talk briefly with microbiologist Kristina Vera. She said, shockingly, “Perform an acid test. Have a conversation with Joe [Rogan]. Suddenly ask him a question in Russian. Before he knows what he’s doing, he’ll answer—in Russian. He speaks the language.”

That opens up a whole new can of worms.

Where was Rogan educated? Is his bio fiction? Is this quintessential American tough guy actually a deep agent?

Former CIA officer Mel Ardis, who worked under diplomatic cover in Moscow for nine years, told me, “Almost a decade ago, I had several meetings with a man who looked a lot like Rogan. He was a Russian trucker. He drove sensitive military equipment between bases. One night, we were having a few drinks at a bar, and he said, “Do you realize how easy it would be for truckers to shut down a whole country? If you could rally them behind an issue, something that threatens their livelihood, you’d have a major force.”

As I was preparing this piece for publication, a press person at a Washington PR agency that works on contract for the White House called me. He said, “Don’t worry about making your Rogan article bulletproof. Just throw enough stuff at the wall. Something’ll stick.”

“No,” I said. “This is all factual. I make clear what I know, and I indicate what’s still open-ended and subject to further investigation.”

“Whatever,” he said. “But don’t be timid. We’re talking about the immediate future of the country. If we can’t stop misinformation about COVID from spreading, we’re in dire straits. We need to sink Joe Rogan. I might be able to set you up for a brief meet with Jen [Psaki]. She’s got Spotify in her cross-hairs. If we can’t crush Joe, we’ll hit the whole Spotify platform. This is all hands on deck.”

I asked this press person, “What about the million vaccine injuries that have been reported to the federal database?”

“The Russians hacked the system and entered fake numbers,” he said. “There’s a very deep agent, a Ukraine national. He infiltrated the Russian State Research Center of Virology and Biotechnology [VECTOR] in Koltsovo. He’s now back home in the Ukraine carrying around evidence proving Russian scientists at VECTOR ghost-wrote fake reports alleging the successful US program to curb the virus has been a failure. This is why the Russians are threatening to invade Ukraine. They’re after this agent. They’ve told the President of the Ukraine that if he releases the agent to them, with his evidence, they’ll withdraw their troops from the border.”

I said, “Does Joe Rogan know all this?”

“Of course he knows. He’s in on it. He’s a player. Do you see? A guy who seems to embody rough and ready kick-ass American spirit is, in truth, carrying water for Putin.”

“Well, that’s the whole point. No one in the spy game looks like who he is.”

After the call, I pulled up a photo of Rogan. I looked at it for a long time. Actually, the man sort of does look Russian. I pictured him wearing a Russian military uniform. My God, I thought. Is his whole persona a con?

Suppose America IS awash in Russian propaganda about COVID. Suppose Fauci has been giving us reliable recommendations all along. And the Russian attacks on his character are meant to torpedo his program that can lead us out of the pandemic wilderness.

Do we need censorship of disinformation across the board? An aide to California Governor Gavin Newsom told me the other day, “We have to declare what amounts to Information Martial Law. No more excuses. Expose one of these well-known disinfo agents and throw him in a prison hole and walk away. Jolt the public with something like that and watch how fast everybody knuckles under. No lawyers, no arguing First Amendment, no citing case precedents. That nonsense is over. Who’s that Brazilian reporter who keeps writing about censorship? Glenn Greenwald? Cancel him. He’s pals with Ed Snowden, who lives in Russia. What else do you need to know?”

THERE IS A PROBLEM WITH THIS ARTICLE. IT’S CURRENTLY BEING INVESTIGATED FOR POSSIBLE VIOLATION OF COMMUNITY STANDARDS. AN ASSESSMENT WILL BE FORTHCOMING. A MEDICAL TEAM IS LAUNCHING DATA SET ANALYSIS. STAND BY.

—Oops. Sorry. An overreaction on my part. That brief interruption was apparently caused by Russians. They were repelled.

Maybe it’s time to censor every scrap of disinformation we can find. Strip the license from every doctor who disagrees with COVID science, bankrupt every so-called 1st Amendment platform, hound and drive from office every politician who opposes vaccine mandates, mow down every protest, isolate and starve every outlier—because we’re part of the greater global community. When a crisis arrives, we put aside our differences. This is our calling now. The Russians wouldn’t understand that. They come from a different tradition. They stand for enslavement and top-down control.

Okay Joe, enough. The verdict is in. Your podcast needs to crumble, turn to dust, and blow away in the wind.

You know what that means. “Don’t go to somebody else’s country with your old country’s rules.” You’re in our country now.

Home of the free.

Nobody fucking fools us.