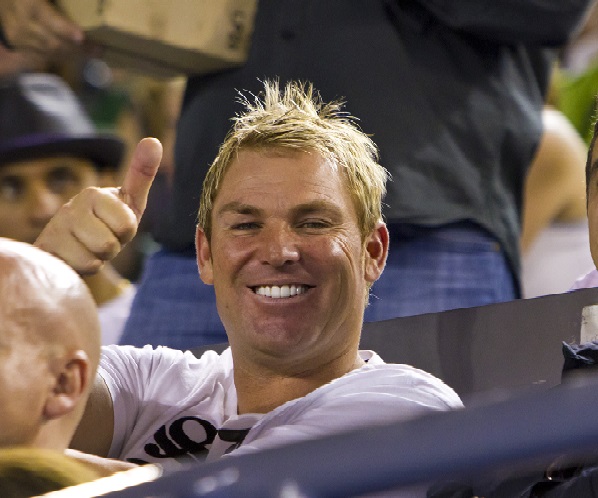 Share Warne sent an eerie final tweet mourning the passing of his cricketer hero Rod Marsh just hours before his own sudden death in Thailand, it has emerged. 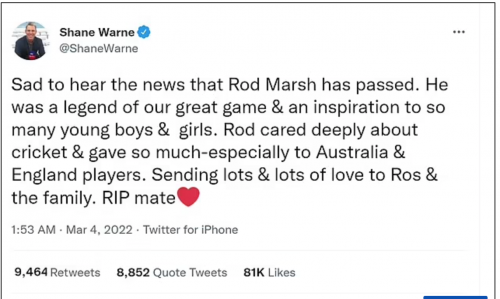 Warne, widely considered the greatest bowler in cricket history after he helped Australia win the World Cup in 1999, was found unresponsive in his villa in Koh Samui, Thailand on Friday.

He is suspected to have died of a heart attack, aged 52. But cricket fans found themselves mourning two heroes on Friday.

In the morning, Warne had tweeted out his condolences to the family of Rod Marsh, another cricketer, only hours before passing away himself.

‘He was a legend of our great game & an inspiration to so many young boys & girls, said Warne on Friday, just before 9am in Thailand.

Warne couldn’t have known that by the end of the day, his fans and friends would be tweeting out condolences about his own death.

Marsh was a nimble wicket keeper often paired with Dennis Lillee, a lightning-quick bowler forming a duo that would go on to claim more Test match victims than any other pair in history.

Working opposite his teammate, Marsh won a world record dismissals when he boasted 343 catches and 12 stumpings over 96 games during a Test career running from 1971 to 1984, leaving his mark on the cricketing world.

Sporting a prominent moustache throughout his career, March moved into coaching and administration, heading the Australian Cricket Academy before moving on to become a selector for England – a nemesis of the Australian team he helped make famous.

University Tells Women Not to Call Police on Sex O...