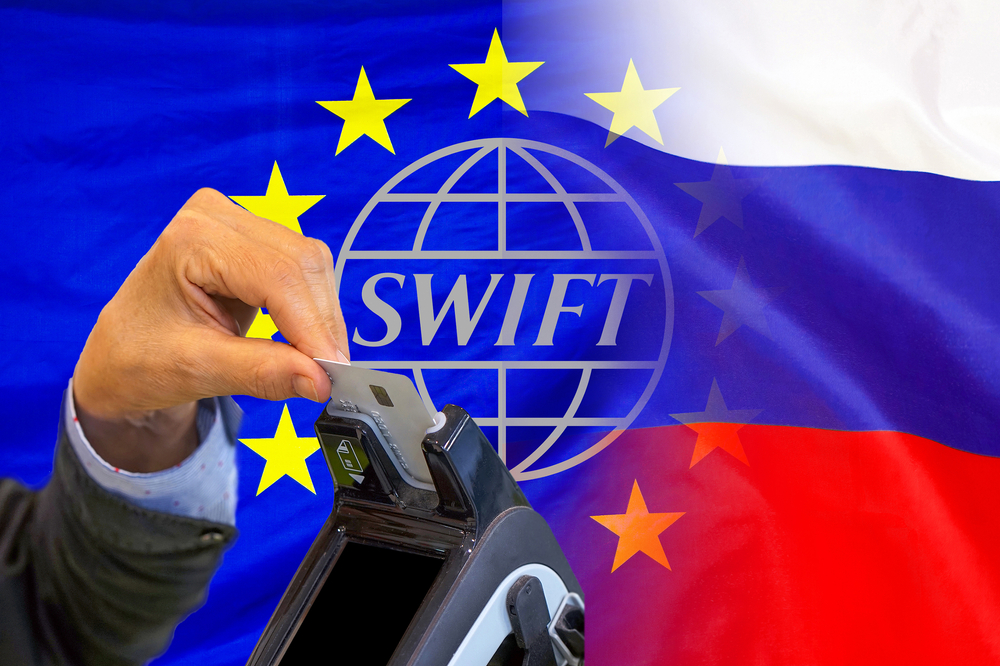 Russia was tonight cut out of a crucial global banking system as efforts to hit its economy if it invaded Ukraine intensified.

In a co-ordinated move Britain, the US, Canada and the European Union announced selected Russian banks would be excluded from the Swift global payments system.

At the same time they said the would be imposing ‘restrictive measures’ to prevent the Russian Central Bank from deploying its international reserves ‘in ways that undermine the impact of our sanctions’.

After talking by telephone to Ukrainian President Volodymyr Zelensky, Mr Johnson said the West had to do everything possible to change the ‘very heavy odds’ against Ukraine in its struggle against Moscow’s forces.

He confirmed Britain would be sending further arms to the Ukrainians and he said that the financial measures were essential to put pressure on the Kremlin.

‘It is incredibly important for tightening the economic ligature around the Putin regime,’ he said during a visit to RAF Brize Norton.

Earlier German Chancellor Olaf Scholz announced he was dropping his country’s opposition to the move removing a major obstacle to international agreement.

‘The horror of what is unfolding in Ukraine is becoming clear to Western audiences and that in turn is putting huge pressure on Western politicians,’ Mr Johnson said.

Read more: West agrees to REMOVE Russian banks from Swift payments system: UK, EU, the US and allies take ‘financial nuclear option’ as they set up task force to go after oligarchs and strip them of ‘yachts, money and ability to send kids to Western schools’