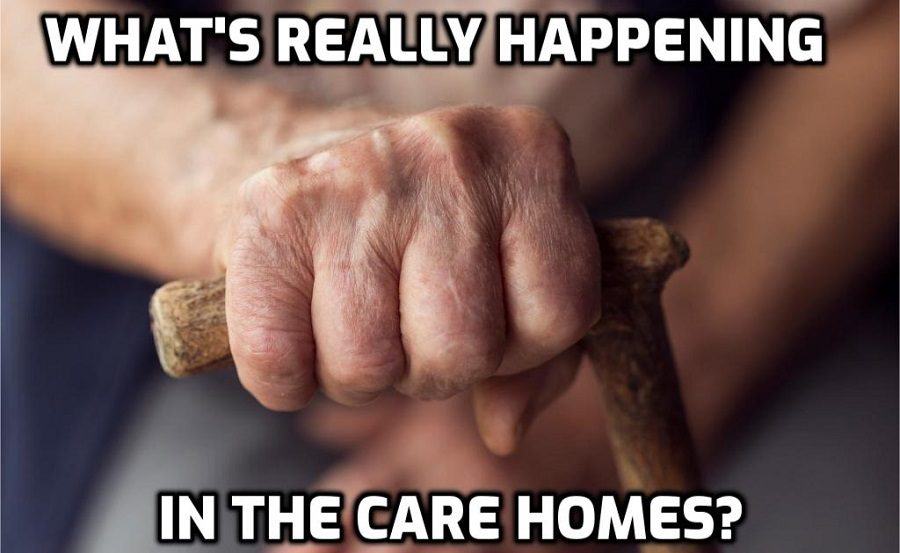 A family seeking answers over an 85-year-old’s death in a care home during the pandemic was given a ‘scribbled note’ showing she was being given end of life care.

The two daughters of Pamela Bridger last saw her four days before she died, with Covid visitor restrictions denying them the chance to be at her side during her final moments.

The handwritten plan was dated to the day before she died as her health deteriorated following the death of her devoted husband, Alan, during the outbreak of the first wave.

The family says they have been denied access to further health notes taken by her carers at Fairlawn care home in Ferndown, Dorset.

Mrs Bridger was admitted in 2018 with mild dementia and mobility problems but her health declined rapidly during the pandemic, daughter Carol Griffiths told Metro.co.uk.

Her husband, who had visited her daily, died of pancreatic cancer at around the time of the first lockdown in March 2020.

Mrs Griffiths, 60, said she and her sister, Jackie Perkins, were only allowed to see the widow once in person in the final days of her life despite pleading for visits. In the months after her husband’s death – and with no funeral having taken place due to Covid concerns – the naval wife ‘gave up’ and died at the home on August 6, 2020.

Mrs Griffiths said: ‘Without my dad being there for her my mother just gave up. She dropped like a stone in weight, she stopped eating and because it was lockdown we weren’t able to get to her.

‘In May 2020 we started asking questions about her health and without going into detail it was like pulling teeth to get any information out of them at all. We asked to see the care notes and they only agreed to read certain excerpts out to us. This lack of communication went on and on.

‘In July we were told she was on end of life, which came out of the blue.