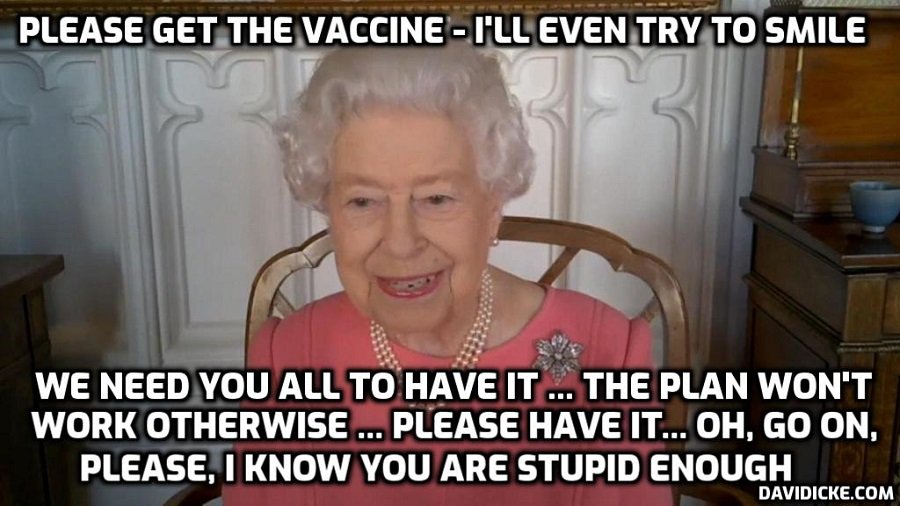 The Queen is expected to make a swift recovery after testing positive for Covid-19because she is understood to be triple-jabbed – giving her the maximum amount of protection from the virus.

Buckingham Palace confirmed the 95-year-old monarch had tested positive for the virus today and was experiencing ‘mild cold-like symptoms’.

It is expected she will engage in ‘light duties’ and will be looked after at Windsor Castle by the Medical Household, medical staff who are part of the Royal Household, headed by Professor Sir Hugh Thomas.

While it is understood that the Queen has been fully vaccinated, including a booster jab, which affords a high degree of protection against severe infection, the monarch could be prescribed one or more of a number of anti-viral medications designed to protect the most vulnerable in an effort to aid her recovery.

The drugs include Ronapreve, approved in August 2021, which contains types of proteins called ‘monoclonal antibodies’, and has been shown to reduce the risk of hospital admission or death by 70 per cent in those with mild to moderate Covid-19.

Another option could be Molnupiravir, a medicine approved in November 2021, which clinical trials suggests reduces the risk of hospital admission or death by 30 per cent.

The Queen’s diagnosis comes just two weeks after she reached her historic Platinum Jubilee, celebrating 70 years on the throne on February 6.

Read more: Triple-jabbed Queen, 95, could have a headache and runny nose but will recover more quickly from ‘mild’ ‘Covid’ because she’s had a booster. Two didn’t work, three didn’t work, but the third that didn’t work will protect her. These people are nuts