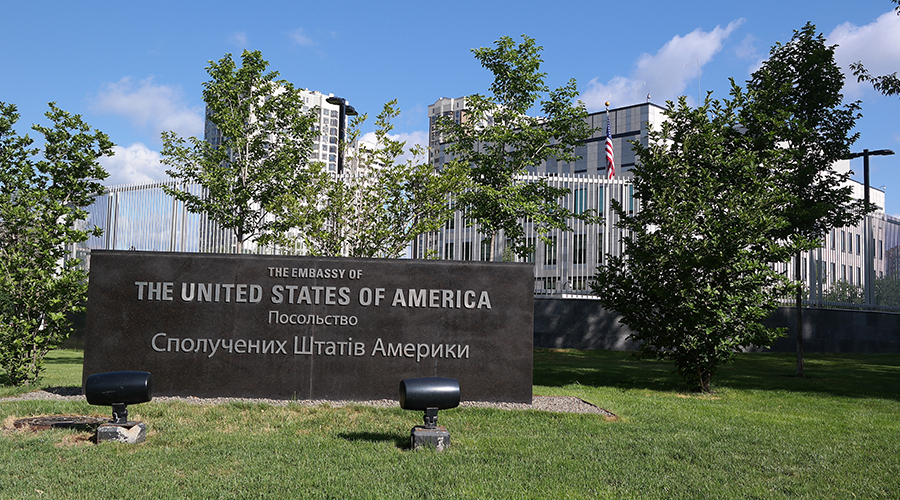 In the overnight and early Saturday morning hours, both the US and Russians appear to be drawing down and evacuating their embassies in the Ukrainian capital of Kiev in what’s the most ominous sign yet that military confrontation could be on the horizon.

“The United States is set to evacuate its embassy in Kyiv as Western intelligence officials warn that a Russian invasion of Ukraine is increasingly imminent,” The Associated Press reports Saturday. “U.S. officials said the State Department plans to announce early Saturday that virtually all American staff at the Kyiv embassy will be required to leave ahead of a feared Russian invasion.”

“A small number of officials may remain in Kyiv but the vast majority of the almost 200 Americans at the embassy will be sent out or relocated to Ukraine’s far west, near the Polish border, so the U.S. can retain a diplomatic presence in the country.” The US Embassy confirmed it has ordered all non-essential staff to depart the country immediately, also all US national in the country have been urged to leave.

Today, the @StateDept ordered non-emergency U.S. employees at the Embassy to depart due to continued reports of a Russian military build-up on the border with Ukraine, indicating potential for significant military action. https://t.co/6IgLvE4PJS