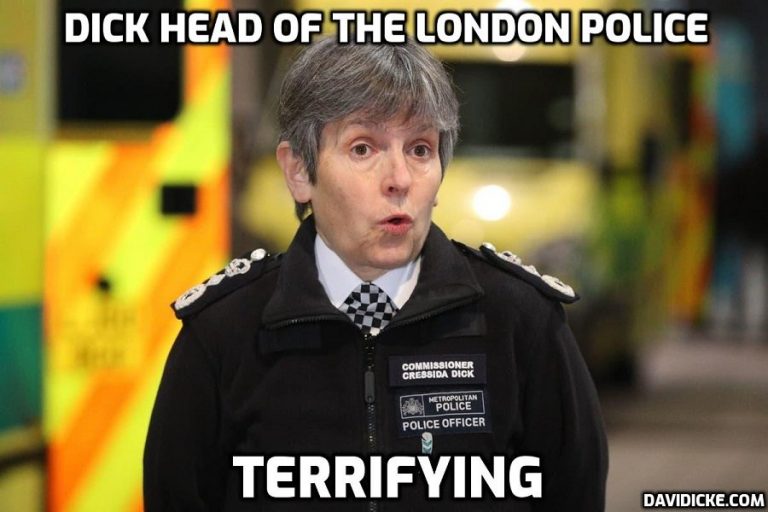 Dame Cressida Dick put on a brave face and grinned as she arrived at Scotland Yard in civilian clothes today – just hours after resigning as Metropolitan Police Commissioner.

MailOnline can reveal that Dame Cressida, 61, still has plenty to smile about as she will walk away from her post with up to three pensions estimated to pay out £160,000-a-year – plus a pay-off in the region of £575,000.

She can also look forward to possibly earning a small fortune from lucrative consultancy work, or even taking on a new high-profile public role.

There is also a chance that she may join her predecessor Bernard Hogan-Howe in the House of Lords where she could qualify for a daily £323 attendance allowance.

Hogan-Howe left the Met in 2016 with a £9million gold-plated pension giving him an annual taxpayer-funded income of £181,500 a year.

Alternatively, she may now choose to put her feet up at her £1million village home which she shares with her partner Helen, who is a retired Metropolitan Police inspector.

Wrapped up warm against the early morning chill, Dame Cressida dressed casually in wax jacket, gloves and jeans as she walked to her office today.