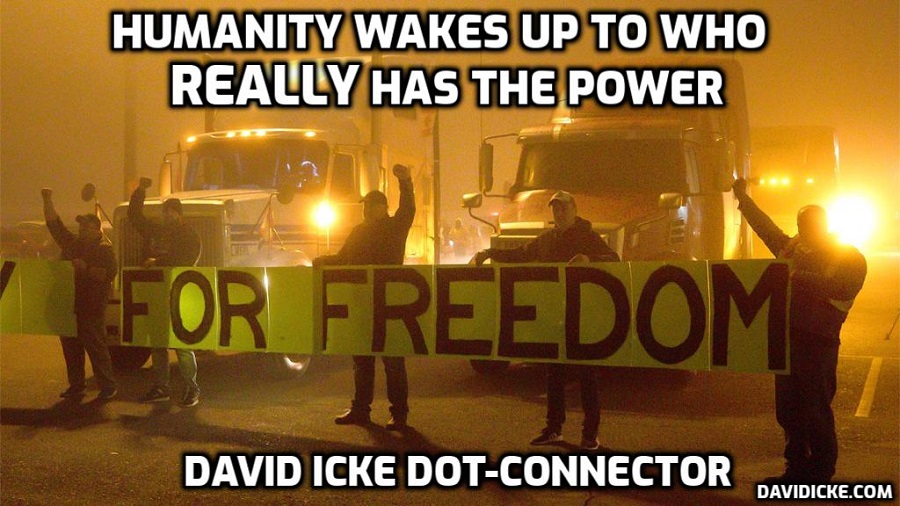 As of this writing, GoFundMe has cut off (stolen) $9 million from the Canadian Trucker Convoy.

The money was donated by thousands of individuals to support the truckers, who are demanding the Canadian government cancel vaccine mandates, vaccine passports, and brutal COVID restrictions.

After a major backlash from the enraged public, GoFundMe has stated it will automatically refund all $9 million to the individual donors.

Regardless, GoFundMe will not forward the money to the group it was intended for: the truckers.

All right: here come the dots—

A venture capital firm, Accel, and Technology Crossover Ventures, own the majority stake in GoFundMe.

The big infusion of cash that sent Mark Zuckerberg and his fledgling college enterprise on their way came from Accel, in 2004.

Jim Breyer, head of Accel, attached a $13 million rocket to Facebook, and nothing has ever been the same. (Breyer—billionaire, CFR, World Economic Forum, major fund investor in China.)

Earlier in 2004, a man named Gilman Louie joined the board of the National Venture Capital Association of America (NVCA). The chairman of NVCA? Jim Breyer. Gilman Louie happened to be the first CEO of the important CIA start-up, In-Q-Tel.

In-Q-Tel was founded in 1999, with the express purpose of funding companies that could develop technology the CIA would use to “gather data.”

That’s not the only connection between Facebook funder and Accel’s Jim Breyer and the CIA’s man, Gilman Louie. In 2004, Louie went to work for BBN Technologies, headed up by Breyer. Dr. Anita Jones also joined BBN at that time. Jones had worked for the CIA’s In-Q-Tel and was an adviser to DARPA, the Pentagon’s technology department that helped develop the Internet.

With these CIA/DARPA connections, it’s no surprise that Jim Breyer’s jackpot investment in Facebook is not part of the popular mythology of Mark Zuckerberg. Better to omit it. Who can fail to realize that Facebook, with its endless stream of personal data, and its tracking capability, is an ideal CIA asset?

Read More : The Truckers, GoFundMe, and the CIA; Connecting Dots