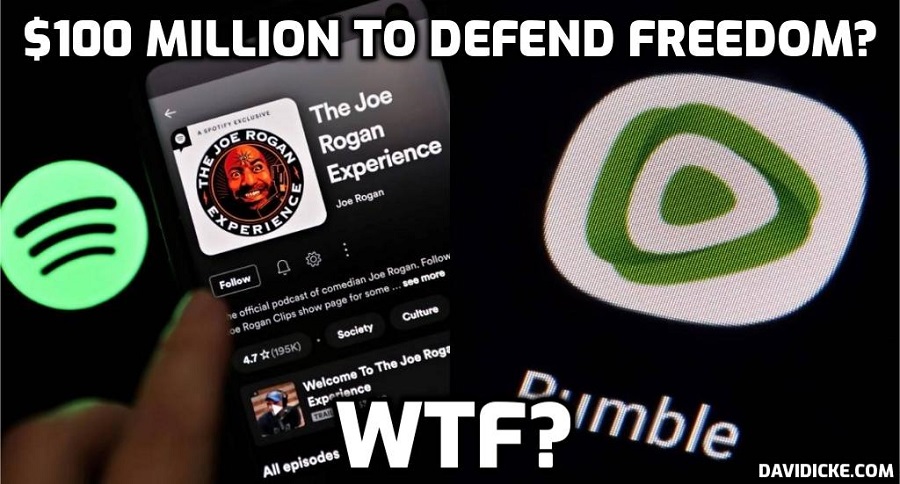 Joe Rogan has been offered a $100 million deal to leave Spotify and take his podcast to Rumble, including all deleted episodes, the platform’s CEO Chris Pavlovski has announced.

“How about you bring all your shows to Rumble, both old and new, with no censorship, for 100 million bucks over four years? This is our chance to save the world. And yes, this is totally legit,” Pavlovski wrote in a letter to Rogan he made public on Monday.

The offer came after the 54-year-old comedian and podcast host apologized for “racially insensitive language” used on some episodes of ‘The Joe Rogan Experience’. More than 100 episodes have been taken down from Spotify’s archives, with CEO Daniel Ek claiming in a memo on Sunday that Rogan himself decided to remove 70 of them.

Ek’s internal memo, which was leaked to the public, showed the CEO seemingly attempting to walk the tightrope between wanting to keep Rogan on the platform and the mounting pressure – both internal and external – to censor him.

“I do not believe that silencing Joe is the answer,” Ek wrote, adding that while Spotify should obviously crack down on “harmful” content, “canceling voices is a slippery slope.”