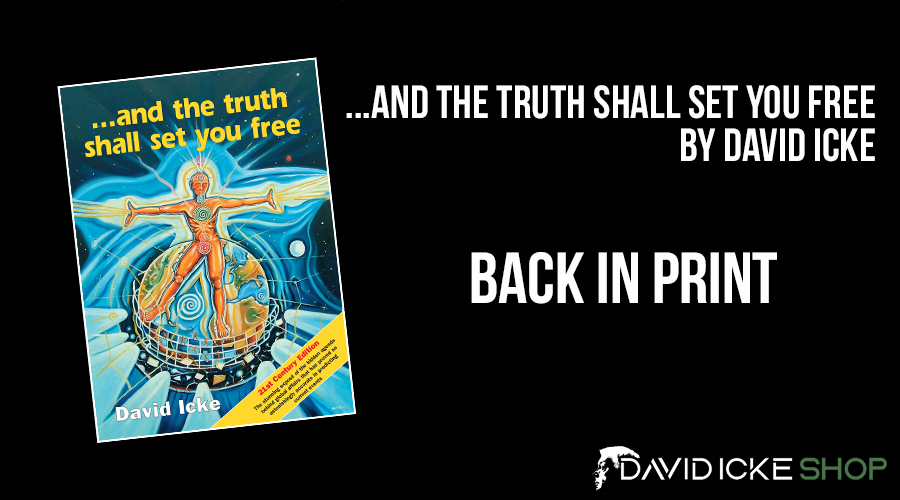 Originally published in 1995, ‘…and the truth shall set your free’ predicted the world we now find ourselves in, and the forces that are behind the take-over of human society.

“As a leading book editor in the United States said after reading Icke’s manuscript: “It is difficult to put into words the excitement I feel about this. It is a book that I have been waiting to see for a long, long time. I knew it would come and now it is here. I am practically overwhelmed by the sense of urgency I feel in getting this book to press and into distribution.”

David Icke exposes the real story behind global events which shape the future of human existence and the world we leave our children. Fearlessly, he lifts the veil on an astonishing web of interconnected manipulation to reveal that the same few people, secret societies and organisations control the daily direction of our lives.

They engineer the wars, violent revolutions, terrorist outrages and political assassinations; they control the world market in hard drugs and the media indoctrination machine. Every global negative event of the 20th Century and earlier, can be traced back to the same Global Elite, and some of the names involved are very well known.”