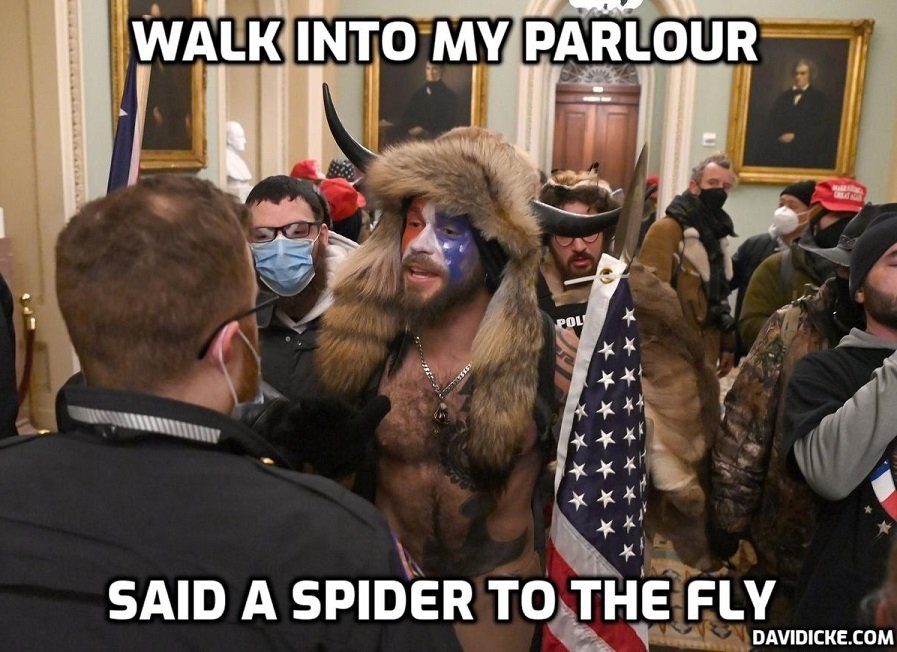 Kelly Meggs and other members of the Oath Keepers could not have done one of the major things of which they are accused by federal prosecutors: force their way into the U.S. Capitol Rotunda on Jan. 6, 2021, through the famous Columbus Doors, a defense attorney says.

The two sets of historic doors that lead into the Rotunda were opened by someone on the inside, and not his client, says defense attorney Jonathon Moseley.

Department of Justice video widely circulated on Twitter this week shows a man trying to open the inner doors by leaning against them, before turning around as if listening to someone, then returning to the entrance and opening the left door for protesters.

“The outer doors cast from solid bronze would require a bazooka, an artillery shell or C4 military-grade explosives to breach,” Moseley wrote in a letter to federal prosecutors. “That of course did not happen. You would sooner break into a bank vault than to break the bronze outer Columbus Doors.”

The 20,000-pound Columbus Doors that lead into the Rotunda on the east side of the U.S. Capitol are secured by magnetic locks that can only be opened from the inside using a security code controlled by Capitol Police, Moseley wrote in an eight-page memo.

Read more: ‘Someone Opened the Doors From the Inside,’ Jan. 6 Defense Attorney Says