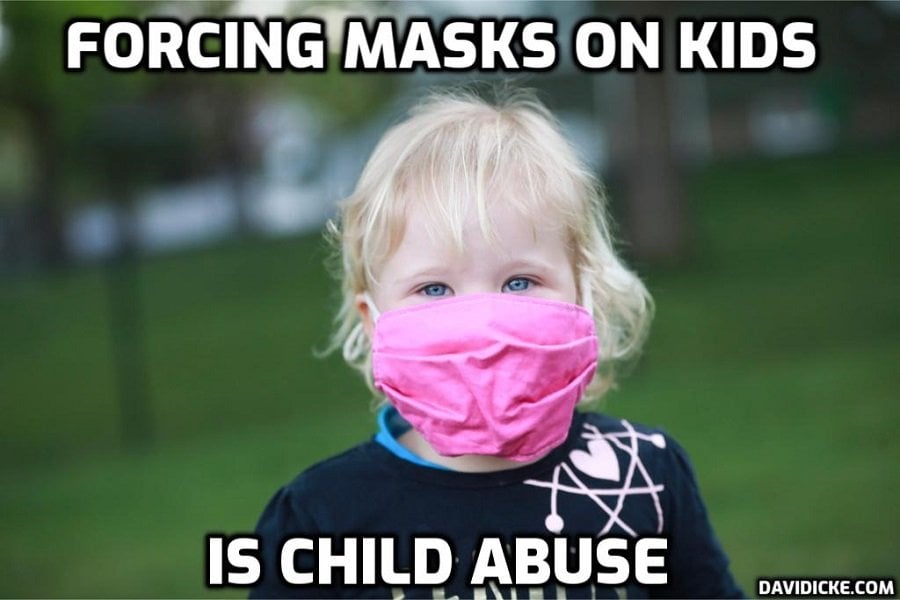 A speech therapist says that mask wearing during the pandemic has caused a 364% increase in patient referrals of babies and toddlers.

Jaclyn Theek told WPBF News that before the pandemic, only 5 per cent of patients were babies and toddlers, but this has soared to 20 per cent.

Parents are describing their children’s speech problems as “COVID delayed,” with face coverings the primary cause of their speaking skills being seriously impaired.

As young as 8 months old, babies start learning how to speak by reading lips, a thankless task if parents and carers smother themselves with masks to comply with mandates.

A speech therapist says her clinic has seen a “364% increase in patient referrals of babies and toddlers”.

“It’s very important kids do see your face to learn, so they’re watching your mouth.”

What the hell have we done?!

The news report featured one such mother, Briana Gay, who is raising five children but having speech problems with her youngest.

“It definitely makes a difference when the world you’re growing up in you can’t interact with people and their face, that’s super important to babies,” said Gay. According to Theek, since the pandemic, autism symptoms are also skyrocketing.

“They’re not making any word attempts and not communicating at all with their family,” she said. As we previously highlighted, Forbes deleted an article written by an education expert who asserted that forcing schoolchildren to wear face masks was causing psychological trauma.

Read More: 364% Surge in Baby and Toddler Referrals Thanks to Mask Wearing